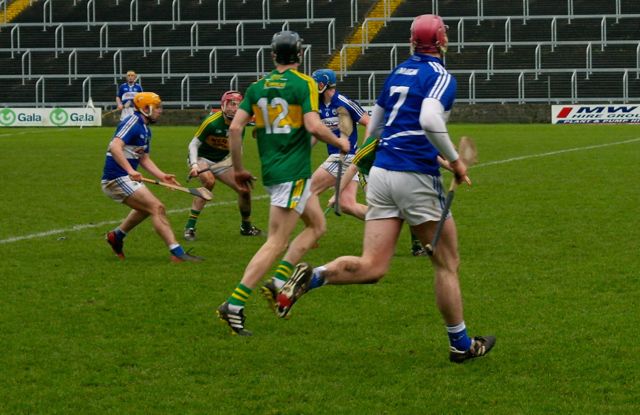 It was back-to-back defeats for Laois, as Kerry claimed their first win of the campaign with a 3-20 to 0-19 victory over the O’Moore’s at Austin Stack Park in Tralee.

Kerry got off to a tremendous start with Jack Goulding netting inside the opening 90 seconds, and when Brendan O’Leary found the net for Kerry’s second goal it gave them a 2-8 to 0-7 lead on 33 minutes.

Ross King kept Laois in touch, but the loss of Leigh Bergin through injury cost the visitors at the back.

The dismissal of Padraig Lawlor on a red card failed to help Laois’s cause, with Shane Nolan netting Kerry’s third goal in injury-time as they took a 3-10 to 0-9 lead at the interval.

Kerry pushed 12 points clear on the restart, and while the likes of Ben Conroy worked hard for Laois with four second half scores, their numerical disadvantage proved too tough to overcome.