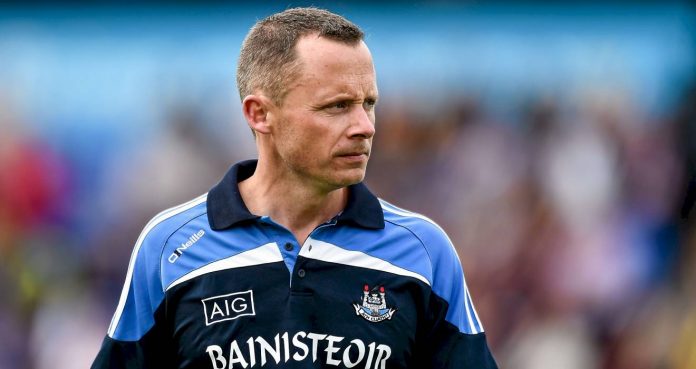 It is fair to say that Joe Fortune has done a lot for the game of hurling in Dublin. The Wexford native has had many roles in management which included stints with the Dublin development squads, as well as minor and U21 roles with the Dubs. His CV is quite impressive; delivering a Leinster Minor Hurling Championship in 2007 where his side got the better of a fancied Kilkenny. This was followed with an U21 Leinster Championship title win over Offaly. Fortune had many talented players at his disposal such as Peter Kelly, Conal Keaney and former Ballyboden captain Simon Lambert. He considers himself privileged to have worked with such talented hurlers. He admitted he had quite the introduction into hurling: “Well, I started playing hurling much like any young lad with Rapparees, before getting a transfer to Shamrocks. I loved the game. I then attended college in St Pat’s Drumcondra where I studied to become a teacher. I only really got into coaching after I stopped playing. I played with Naomh Mearnog for about 10 years and then stopped due to injury. It was only when I started teaching in Malahide that the opportunity to coach hurling with the Dublin development squads came about. I stopped playing relatively young, but I was blessed and felt privileged to have that level of responsibility to bring lads through.”

Fortune is well known for his ability to get the best out of his players. He has many leadership qualities and this is showcased by the players on the field. “Well to be honest there are lots of people I would have looked up to. One person in particular who I looked up to was Liam Griffin. He was the man behind that fantastic Wexford team that won the All-Ireland in 1996. I would like to think that my management style was influenced by him. Today I would say I admire John Kiely of Limerick and Anthony Daly. Anthony brought a new hunger to hurling in Dublin. Between 2009-2013 Anto brought a great belief and changed the mindset in the county. He is a serious motivator and somebody I would respect massively. I think that my ability to motivate people is my main strength as a coach. I like to get into the minds of my players, to see where their heads are at. It is important to be a support for players so that trust is built between each other.”

Fortune looks back on his time with the underage and admitted it was a time to be excited about: “Yes to be honest my role with Dublin from U13 to U21 was beneficial for me and I would like to think that the management team helped develop high-class players for the senior set up. That was my main aim as a coach. For me, not everything was about winning underage titles. It was more important to help nurture players capable of making the grade at senior level.”

Having his roots with Wexford, Fortune soon became an adopted Dub and wanted to share his passion in the capital. Under his stewardship, many players would go on to represent Dublin at the top level and be within striking distance of an All- Ireland final. “Yes, I was lucky enough to have the likes of Peter Kelly, David Treacy and Paul Ryan. We won a minor and U21 Leinster championship which meant a lot. It made people stand up and take notice of Dublin hurling. The one thing I regret is that those boys never got to play in an All-Ireland final. The senior team were pipped by Cork in the semi-final and I think that game was there to be won.”

Having nurtured many players throughout his career, it was Anthony Daly who oversaw a hugely successful period in Dublin hurling. The Bannerman masterminded a Leinster championship crown with a victory over Galway in 2013. Fortune believes that Daly took the team to a new level: “100%. Daly came in and instantly instilled a winning belief in the team. Not only that but more of the Dublin public started following the team. Kids were everywhere with hurls. Success is something that inspires kids and the culture change was all down to him. I’m glad to call him a good friend. He is someone I look up to and learn from.”

Having both club and county experience as a manager, Fortune believes that the fundamentals of coaching remain the same: “Whether it is a club or county it doesn’t matter. You have to be able to motivate a squad and work hard. Whether that involves running a team up the Wicklow mountains or working on a player’s physical or mental state; you have to be able to adapt your skills no matter what. The focus and hard work will always get you as far as you can go.”

Fortune was exposed to Dublin hurling at its peak. Having the skills and knowledge as a top-class coach, the man knows what is needed to succeed: “It is easy to forget that the Dublin footballers had not won an All-Ireland for 16 years. We need to breed success. This has the power to change everything and I even see at club level, the players are there. It is a multiple of things, but the structure and ambitions of both coaches and players have to be right from the get-go.”

Having left the Dublin underage teams, Fortune was given a 3-year term in charge of the Ballyboden senior hurling team back in 2018. The team defeated Anthony Daly’s Kilmacud Crokes after a replay. “Well, there was a lot of stuff that went with it. We should have won the game on the 1st day. My daughter was born the Tuesday before the replay, so I had a very emotional week. I remember driving on the M50 after we had won and thinking we did it. The club is everything. To see what it meant to the community. I remember driving into the clubhouse and bonfires were being let off. Even after the game, to see kids running onto the pitch to acknowledge the lads, meant everything. I was so proud at that moment. It was great to win something in my first year, especially because we had been written off so many times.”

The year 2020 caused a lot of upheaval in the sporting world. Dealing with a pandemic proved difficult for many managers alike. For Fortune it was no different; “In fairness, we didn’t know last July if there was going to be any championship at all. In fairness, the lads put in a lot of hard work. If you aren’t putting in training during lockdowns, you will be found out. I was as worried about the motivation of my backroom team as much as my players. We eventually made it to the final and were beaten by Cuala. It was a game I felt we could have won. I was very happy with the effort the lads showed last year.”

After leaving his role with Ballyboden, Fortune originally decided to take a break from management. However, he soon had a change of heart and when he was offered a position with the Wexford U20 hurlers, he simply could not refuse the offer: “Back in late November, I had been contacted by lots of clubs and thought about taking a break, then the chairman of Wexford GAA called me. I love Wexford and I am proud to be a Wexford man. I couldn’t refuse the job. This year I am looking to learn as much as I can. The day you stop learning, is the day you are finished. I constantly try and improve my craft. I am hoping I will have a whole group on board with me, who is willing to give everything. That is all I can ask for really.”

Results for 4th October as club activity is suspended