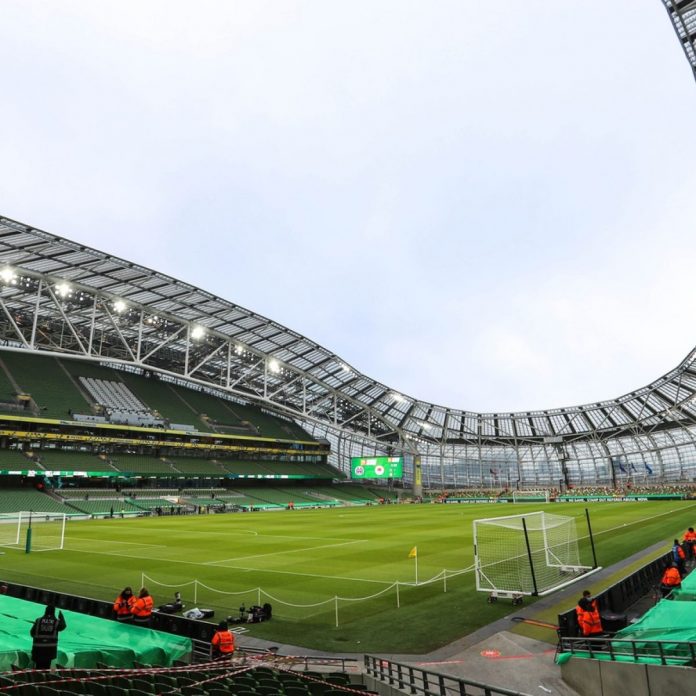 The FAI has confirmed the submission of a joint Expression of Interest to UEFA to host the 2028 UEFA European Championship in Ireland, Northern Ireland, England, Scotland and Wales. The FAI now wait for a formal response from UEFA to see where they go from here.
FAI President Gerry McAnaney said: “We are delighted to confirm that the Expression of Interest from the FAI and our fellow Associations in Northern Ireland, England, Scotland and Wales has now been submitted to UEFA. We look forward to working with Government, key stakeholders and Irish football to deliver a successful bid for Ireland.”
While FAI Chief Executive Jonathan Hill said: “The confirmation of our joint Expression of Interest to host Euro 2028 alongside our colleagues at the FAs of Northern Ireland, England, Scotland and Wales makes this, I believe, a significant day for Irish football. As we look forward to celebrating our Centenary at Saturday’s Aviva Stadium friendly with Belgium, this represents a real statement of intent for the development of Irish football as a whole.
“We will now work with UEFA, Government and all our stakeholder partners to present a bid that makes real sense for Ireland and for Irish football. The sporting and economic benefits that hosting such a tournament present would, we believe, be of major significance across all levels of our game and for many years to come. I look forward to briefing our Board and our football community on the next steps of this process in the coming weeks and months.
“If successful, I would see this as a catalyst for real growth in the game up to the Tournament and beyond, generating new monies that can help further investment across all aspects of Irish football, be it in facilities or coaching, and helping us to realise the stated ambition in our FAI Strategy 2022-2025 to grow the game at all levels.”