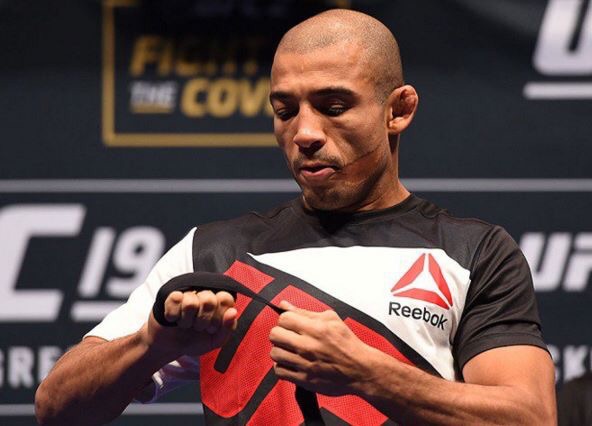 What makes us Irish is we like to take the mickey and have the craic, but when the craic goes too far, we normally tend to turn a kind heart to the unsettled and reign it in until we find out what’s a miss.

Its fair to say that in recent times since the rise of Conor McGregor the UFC have taken the mickey out of former Featherweight Champ Jose Aldo.

Now the latter is no angel either pulling out of bouts and walking clean into McGregors 13 second KO punch which doesn’t help his case, but still the man was 10 year champ and so wound up by Conor after being abused in nearly every city on the planet that it caused a catastrophic rush of blood to the head.

Conor himself confirmed seconds after the bout that they would to it again.

Conor showed a fabulous side to him in that moment and while we were all in disbelief on that truly unforgettable night, frantically trying to confirm what we had witnessed before our eyes, as Irish including Conor we felt incredibly sorry for Jose Aldo.

Tonight he finally snapped and  announced his disire to leave the UFC citing his mistrust of UFC President Dana White after numerous unfulfilled promises regarding a McGregor rematch and failing to strip the Irishman’s of his Featherweight title belt.

Jose like all of us if we were let down time and time again has lost his heart for the UFC, lost his sense of belonging and it is our Irish hearts that should prevent him from doing the unthinkable.