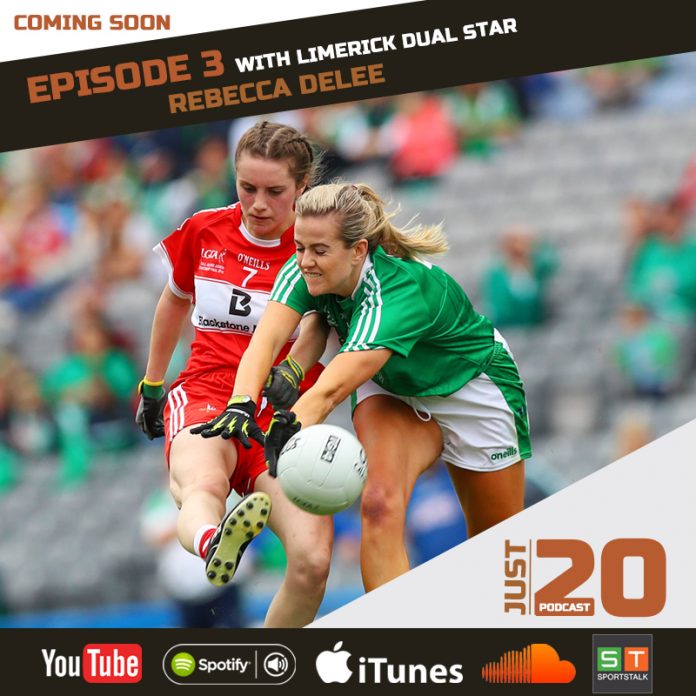 Sportstalk caught up with Limerick Camogie star and Ladies Footballer Rebecca Delee, after a whirlwind couple of years for the Newcastle West native.

In 2018 just 90 days from deciding to go with the Ladies Footballers for the remainder of the season she walked away from Croke Park with two prizes an All Ireland Junior Title and a player of the match award after nailing 2-01 in a pulsating final. Louth were strong favourites to win that match but a relaxed and carefree Limerick side under the watch of John Ryan claimed a memorable victory.

2019 was the year of the club for Delee as for the first time Newcastle West clinched the County Senior Camogie title after defeating rivals Ahane. Ahane had previously spoiled Newcastle West’s season on four semi final occasions.

2020 didn’t begin well for the Limerick Camogie team with Sarah Carey and Niamh Mulcahy opting out for the 2020 season both for work and family reasons. Carey did return to the squad for the opening 2 games but has since left again. The late appointment of Paul Sexton gave him little time to get to know the squad.