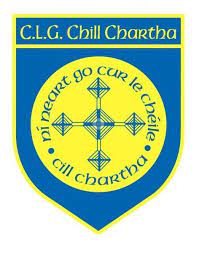 Donegal club Kilcar have announced they will not further appeal the controversial awarding of the 2020 Donegal Senior Football Championship title to Naomh Conaill.
In a statement the club said: “We are shocked and appalled that the decision arising from this finding has imposed what we consider to be the most lenient of penalties, a paltry monetary fine. This decision has the material effect of awarding a Donegal Senior Championship title to a club that has been found to be in breach of the CLG playing rules.
“Kilcar had the right to appeal that decision, but confirmed they opted against that course of action saying that it was in the club’s best interests “that no further action on our part be taken.”
Due to the coronavirus pandemic the 2020 final wasn’t played until August 2021. Naomh Conaill emerged victorious on penalties after extra-time had failed to separate both sides. It later emerged that Naomh Conaill used one more substitute than the three that are permitted during extra-time.
Kilcar lodged an appeal. Donegal GAA wanted a replay but Naomh Conaill appealed that decision to Ulster GAA. The provincial council then sent the issue back to Donegal’s CCC.
They decided to fine Naomh Conaill €5,000 and allow them to keep their title.
Kilcar have decided to not appeal the decision further and instead concentrate on the 2022 season and in particular the championship.