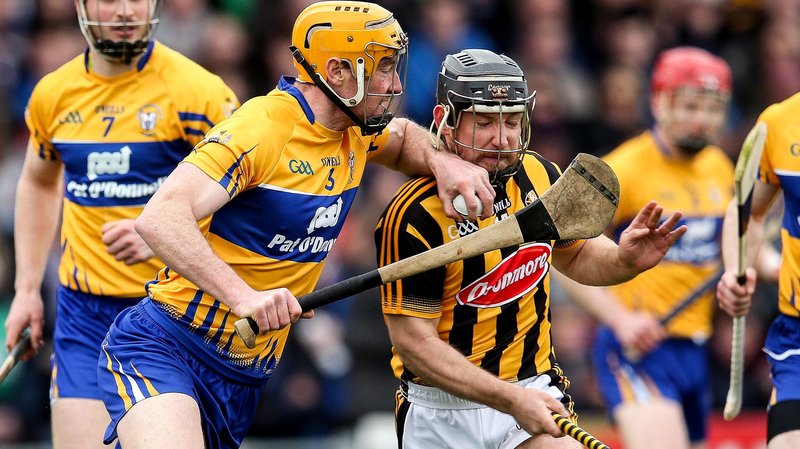 Are Kilkenny in crisis or is it early days?

Kilkenny have lost their two opening games in the National League but the main talking point is the manner of the defeat to Clare which will have alarm bells ringing all over the country. Kilkenny lost by a whopping 13 points. On a more worrying note, Clare were not at full strength either. They were missing Tony Kelly, Conor McGrath, Colm Galvin and David Mcinerney who could be considered to be their top hurlers. Clare had also looked extremely poor last week against Cork. Kilkenny only scored 2 points from play from their forwards. This is extremely worrying.

The cats have a major problem of scoring goals for the last 2 years. Kilkenny used to kill teams off with goals in the past but those days look to be in the past. Richie Hogan looks out of sorts at the moment, surely a run out of the full forward line is required to regain his form! TJ Reid is still the main forward but Reid has not been as effective since he received hurler of the year in 2015.

The other forwards haven’t stepped up to the mark so far in this campaign. If TJ Reid or Richie Hogan don’t fire for the cats they seem to be in trouble. At the other end, their defence is also in need of restructuring. A number 3 and a number 6 is the main priority. Padraig Walsh has been the biggest positive from the league so far, but he is a huge loss out the field. Walsh plays centre forward for his club and consistently scores 5 or 6 points from play every game. If Walsh was pushed up the field, what options do they have for full back? Not many really, Joey Holden looks like he will be employed at corner back or wing back this year. Paul Murphy played there before but did not look comfortable so Cody may have to throw in a rookie. Full back is such a vital position so it is hard to see Cody experimenting there with an unexperienced player.

Murphy has played at centre back in the Walsh cup and the first two league games. He has done ok without looking spectacular. Kilkenny miss him when he is not in the full back line. Joyce has been positioned at wing back for the two league games so far, it is unlikely he will feature at centre back this year. Lester Ryan is an option here but Cody has been reluctant to start him midfield or in defence in the past. Robert Lennon is another option but he isn’t blessed with speed.

Who are Kilkenny missing?

Michael Fennelly is still recovering from a serious injury and it is unlikely he will feature for Kilkenny this year. He is crucial to Kilkenny, Cody will be praying he can recover in time to play a part in the Championship. The rest are all shorter term injuries and should feature in the league campaign at some stage. Kilkenny could badly do with Ger Aylward recovering his form from the 2015 season which earned him an All Star award in his first full season. John Power was unavailable due to Carrickshock run to All Ireland Intermediate success.

Many of the players above have been great servants to Kilkenny hurling but no longer have the legs for inter county hurling. Some of the above players could still be starting on the Kilkenny team. I have yet to see a better full back in Kilkenny club hurling than JJ Delaney on current form. Three players above had to retire because of injury, Richie Power is a massive loss. He would be a serious addition to the Kilkenny forward line. Mark Kelly left the panel last year during the league, he would have been an option in attack if he had stayed around.

Who has Cody dropped in recent years?

Cody has dropped a lot of players down through the years. In the past it went un-noticed as these players were quickly replaced by a younger model. It was like a revolving door. Now there is not as much talent around and Cody has to try and stick with the majority of players he has. Some players he dropped in recent years that may still have an impact include:

Unfortunately for the guys listed above they were involved in a time where competition was extremely strong so competition for places was extreme. If they had their time now I’m sure they would see plenty of action.

I am sure Cody is not massively worried as it is only February, but there are signs that Kilkenny are in decline. The new players need to up their performances. They have to become the new leaders of Kilkenny hurling. It will be interesting to see how Kilkenny react. Kilkenny have been written off before and we all know what happened! It will be an interesting few months ahead!