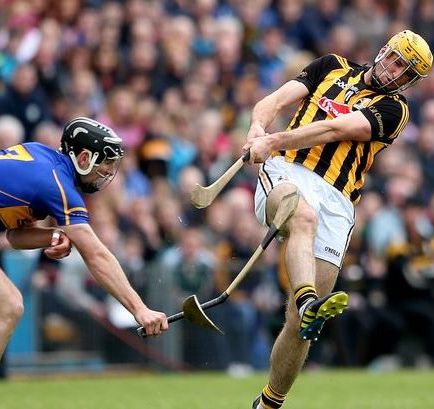 Why do we ever doubt either of them? Of course it was always going to be a Kilkenny Tipp final. Yes Waterford almost beat Kilkenny the first day…but how many times have teams nearly beaten Kilkenny? To beat Kilkenny you have to hurl for close on 80 minutes; keep driving when the clock is ticking well past 70 minutes and still keep going. It’s only when the ref blows his whistle, asks for the sliotar and starts to walk off the pitch that Kilkenny will admit defeat.

Galway also gave Tipp a good test in their semi final last Sunday, but you always got the impression that Tipp had more tricks up their sleeve. The new men on the Premier team have added resolve and depth. Tipp will feel they have the weapons to stand toe to toe with Kilkenny in this final; but what are their chances?

Pretty much 50/50 according to the bookies, Kilkenny the slight favourites with some. The reason Kilkenny are slight favourites is because they are just so bloody hard to beat. In the not so distant days of Henry, Tommy and JJ, Kilkenny would go out and obliterate teams. Those legends retired and the Cats had to evolve. Questions were asked of their dynasty. They have responded with two All Irelands in a row, spearheaded by the last two hurlers of the year – TJ Reid and Richie Hogan.

Reid and Hogan are the superstars, but in most other teams Colin Fennelly and Walter Walsh would be the main men. They are both monsters physically. Fennelly is well over 6’2″ but can cover the ground like a an Olympic sprinter. Walsh is an even bigger man but has a velvet touch and always looks at ease when in possession. Both men will finish any half chance they get.

A browse through the supporting cast up front will offer little relief to Tipp supporters. Eoin Larkin is an experienced soldier in more ways than one. This man is the last remaining link to the starting 15 of Kilkenny’s greatest ever team –  the 2008 vintage. Jackie Tyrell will start as a sub in the final, while Richie Hogan, Michael Fennelly and TJ Reid were subs in 2008. Indeed Larkin won hurler of the year in that year. The man has had some career and without trying to second guess his plans for the future, he might be planning to go out on a high against the Premier. Expect a big game from the James Stephens legend.

Don’t bet against Liam Blanchfield being the match winner either. The Bennettsbridge colossus served notice of his ability by wreaking havoc against the Deise full back line last Saturday. There is probably one other starting berth up for grabs in the forward line for Kilkenny. It’s anyone’s guess who the Kilkenny selectors will go with but one thing is for sure – whoever it is will have to be flying it in training, straining at the leash – just the way Cody likes it.

How will the Tipperary backs handle the Cats firepower? It looks like they have been setting themselves up for this clash all year. They were miserly in Munster conceding just 2 goals and 40 points in three games. But there is still a question mark hanging over that statistic because Cork and Limerick are simply not top class these days and Waterford were terrible in the Munster Final.

Against Galway the Tipp backs were asked sterner questions. The response to how they played has been mixed. I would argue they dug in when they needed to. The corner backs of Barrett and Cahill are just what you want your corner backs to be – tigerish and full of energy. Barry at full back brings strength and confidence to the square. The Maher brothers and Seamus Kennedy as a half back line are an interesting trio. Padraic Maher is the most experienced defender Tipp have. He brings an air of confidence and reassurance to all around him. His performance on Sunday summed up all his positive attributes; between the hard but fair shoulder on Joe Canning, the last ditch, goal saving hook and his long range inspirational point near the end. Tipp will look to him for leadership in the final.

Centre back is not an easy position at Inter county level, so the fact Ronan Maher has performed so well so far this year is all the more admirable given he is only 20 years old. Beside him, Seamus Kennedy has to be one of the best athletes to come out of Tipperary in recent times. Seamus and Ronan have prodigious talent and potential but their inexperience may be targeted by a certain Kilkenny trainer famous for his ability to spot opposition weakness.

The Kilkenny defence has not garnered as much praise as their Tipperary counterparts en route to this year’s All Ireland final. Kieran Joyce was dropped from centre back following the first game versus Waterford. Conor Fogarty dropped back to take his place, with Richie Hogan in turn filtering back into midfield. Now that Michael Fennelly is a confirmed absentee there will have to be a decision made by the Kilkenny selectors – reinstate Joyce, or add Lester Ryan to midfield. Ryan has motored well when introduced for Kilkenny but Joyce has history when given a chance in All Ireland finals. It will be interesting to see how they line up.

Padraig Walsh and Cillian Buckley are two athletic, ground covering half backs; there will be no fear for them in the final. The same applies to Paul Murphy in the corner – he will hurl ball and cover all day long. There are still some niggling doubts over Holden at full back and Prendergast at corner. Perhaps this is because we unfairly judge them against their predecessors – JJ Delaney and Jackie Tyrell. When new men come in you tend to analyse their mistakes more than their contributions. The fact is Holden won an All Star and an All Ireland at full back last year, while Prendergast has been steady and calm in the corner. There is not much else they can do. Both men will want to prove the doubters wrong in the final, but will Tipp target them?

Callinan was quiet against Galway. In fact 1-04 from play for Tipp’s starting six forwards was poor and will not be enough to beat Kilkenny. Callinan will need to perform against the Cats. Expect Bubbles Dwyer to start. Noel McGrath scored three points from play while his brother John scored 1-01 but even more will be needed in the final. Bonner Maher was superb again last weekend. Without him Tipp would have lost, simple as that. Dan McCormack does the spade work also, perhaps just not quite as much.

At midfield Tipperary will have a more settled partnership than Kilkenny, regardless of what pairing the Cats go with. Brendan Maher and Michael Breen will both win All Star awards if things go their way in the final. Michael Fennelly’s loss is difficult to overstate. He has been a driving force for Kilkenny for the last few years and always performs on the biggest occasions. For a match that is difficult to call, something like the Ballyhale man’s absence may by the factor that tips the scale Tipperary’s way but they will have to stay going for 70 plus minutes because Kilkenny do not understand the concept of giving up.

Brian Hogan “Fitzgibbon players should not be allowed to train with...