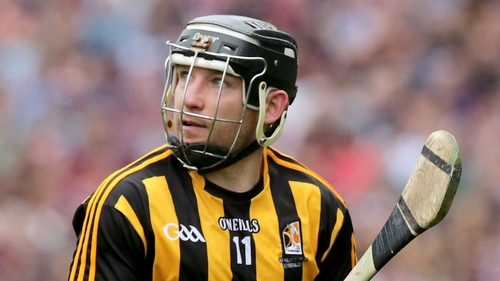 Last Sunday’s Kilkenny upset against Cork was a win that few people (including this writer) could have predicted. Considering the patchy form of the side going into the game, it was understandable that there was scepticism about their chances. Certainly, we reckoned without the continued indomitable spirit that pervades in the Cats camp under Brian Cody. Cody’s ability to motivate and drag performances out of his side, has been one of the most awe-inspiring features of his tenure. But perhaps he was not the most influential man in the victory last Sunday.

When Richie Hogan was announced in the Kilkenny starting line-up last Friday evening, the whole complexion of the tie changed. In 2014, he was the GAA and GPA hurler of the year, as he secured his 6th senior All-Ireland hurling medal. The following year he was a hurler of the year contender and All-Star as Kilkenny claimed their 36th and his 7th All-Ireland hurling title. In 2016, he won yet another All-Star as Kilkenny were defeated in the final by Tipperary. Over the course of those three years, Kilkenny played 16 Championship games, winning 12, drawing three and losing only one, for a win percentage of 75%. Hogan played 1003 minutes in those games (an average of over 60 per game) scoring 3 goals and 50 points, at nearly 4 points per game

Now look at Kilkenny’s record over the past 3 years. They have played 16 championship games, winning just 7, drawing 2 and losing 7, for a win percentage of just 44%. In that same amount of games Hogan has played a mere 423 minutes, (an average of less than 30 minutes per game) scoring 3-07 in that time. Is his lack of form/fitness the only reason why Kilkenny have gone into decline in the last three years? No, but it’s been one hell of a contributing factor.

Hogan’s injury struggles over the past 3 or 4 years have been well documented. Before the 2015 All-Ireland semi-final against Waterford (which he was outstanding in obviously) he was in so much pain two days before the game he could not even walk. Since then, he’s left his job as a teacher in Dublin because of the damage traveling up and down to train in Kilkenny was doing to his back. He has had problems with his quads and hamstrings all related to that ongoing trouble. In fact, as 00’s legend Brian Hogan hinted at on the Second Captains podcast during the week, the full extent of Hogan’s injuries have not been revealed to the public, and would probably shock us still further if they were.

In another era, with the embarrassment of riches that he had, Cody may have been tempted to cast Hogan aside. Certainly in the late 00’s or early 10’s, he would have been unlikely to be so patient with a player who was capable of only playing, at most, 50% of the side’s games. The fact of the matter is now though: Cody needs Hogan badly. Whereas in the past he had the likes of Eoin Larkin, Richie Power, Henry Shefflin et al to call on, nowadays only TJ Reid is really in Hogan’s class. Colin Fennelly and Walter Walsh are fine, experienced forwards, but neither has ever dominated the game as Hogan did in 2014, or Reid did the following season. 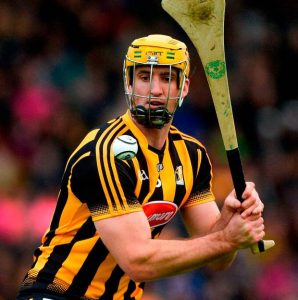 Last week his fingerprints were all over the Leinster side’s victory. In the first half he got 2 great points from a Padraig Walsh pass and Colin Fennelly knockdown respectively. His sense of anticipation was crucial in the scoring of Kilkenny’s vital second goal, at the start of the second half. Again Fennelly provided the flick and his finish was clinical. Right throughout his career, his ability to come up with important goals has been a hallmark. He still has the burst of pace to get him away from defenders and his anticipation has always been excellent. He may have only got around 10 or 11 touches during his time on the field last week, but it’s what he does with that ball that is so effective.

Hogan is a tough customer. Another player (say, Pauric Maher) may have been tempted to milk the incident that occurred in the second half, when Bill Cooper flew head high into the Danesfort man and knocked him over. It’s to Hogan’s credit that he did not seek to get the Cork player sent off. Indeed, the fact that he has been so frequently injured over the past few years, is perhaps why he was so eager to demonstrate his ability to continue. Yet Cody is instinctively protective of him and whipped him off at the 50 minute mark. It seemed a strange move at the time, given the game was in the balance, and his presence was needed, but considering the injury record he has had, 50 minutes may be the maximum he is capable of producing. He was also down seeking attention ten minutes prior to being removed, so that may have played another part in Cody’s thinking.

Even though he has been noticeably absent for the majority of the last 3 seasons, when he has been included, Hogan’s presence is keenly felt. Think of the best Kilkenny performances over the past couple of years and Hogan’s stamp was all over them. In the replayed Leinster final last year, he was the catalyst behind the side’s comeback in the second half, scoring a point and goal and winning other scoreable frees. In the All-Ireland quarter final then against Limerick, Hogan was near enough the side’s best player. He bagged 1-03, including the crucial goal with 10 minutes to go, that everyone thought was going to send the side to victory. Indeed, one can say with certainty, the current All-Ireland champions will not want to face him next week. He also got a vital goal against them just before half time in the 2014 semi-final, and his presence alone is enough to scare defenders.

Kilkenny had struggled massively in the preceding 2 games against Wexford to make any insurgencies into the opposition defence.  The sweeper system is still not something they are 100% comfortable facing. Against Cork, the open style of the game was the most obvious reason why the previously misfiring Kilkenny forwards ran so rampant. It may also have benefitted the likes of Billy Ryan and Bill Sheehan to come into the game at a later stage where their pace and energy could trouble the Cork defence. Walter Walsh, another who has struggled for form recently, responded to his dropping in the best way possible with three points in the second half. And Colin Fennelly, who was finally free from the shackles (legal or otherwise) of Liam Ryan, demonstrated why, when given space, he can be one of the most dangerous forwards in the game.

Yet even those forwards, who all enjoyed productive days, had to take a back seat to Hogan. At this stage of his career, there is no real point to prove. He’s already got his All-Irelands and his All-Stars. His status as one of the all time great forwards in the game is not in doubt. But there still seems to be that burning desire within him to get those last few drops of juice out of his career. Cody, the Kilkenny supporters and team, should be grateful for that. Without him, one shudders to think what lies in store for them against Limerick. With him, anything is possible.

Longford hurling clubs aggrieved as they are denied recognition