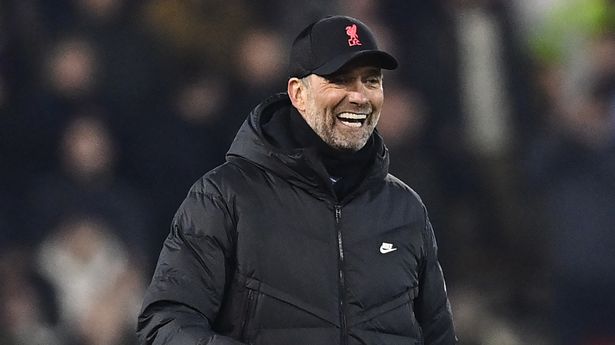 Liverpool manager Jurgen Klopp is expecting “a good game” between themselves and Manchester City in Sunday’s top of the table clash at the Etihad Stadium.
Just one point separates the side’s with City on top. Klopp said: “I’m expecting a good game. I know very often that doesn’t happen when two top teams face each other.
“Our history with City shows that very often they have been a pretty interesting watch because both teams really go for it.”
With eight games remaining in the league a win Sunday for either side would be a huge. Klopp doesn’t believe it is a title decider. He said: “I cannot decide what people think, but we can just go through the possible results. If we win we are two points up, does anyone think that’s done and dusted? We lose – we’re four points behind. If it’s a draw, one point behind – that is it.
“A very important game, I’m really looking forward to it, if we were fourteen or fifteen points behind, it will still be a good game. We’ve qualified for a great game with the season we’ve played so far and I am really happy that we can be part of it. I can imagine a lot of people will watch it and we will give it a try.”
The Liverpool boss was asked about the rivalry between Manchester City v Liverpool in recent years. He said: “The consistency both teams have shown over the period is crazy. The closer we get the more likely you can overtake but we know it’s tough.
“What has changed in the four years is everybody else thinks it’s tough when they face us and that’s really good.”
Klopp believes both sides bring out the best in each other. He said: “”Probably. If you play professional football at the highest level, the focus is on your games. In sport, I think what helps the most is a strong opponent. In the long term, especially.
“I think Nadal and Federer enjoyed the rivalry they had. That’s how it is in sport. I wouldn’t say I’m thankful City is that good, but it didn’t harm our development.”

A view from the sidelines – You can’t but love the...