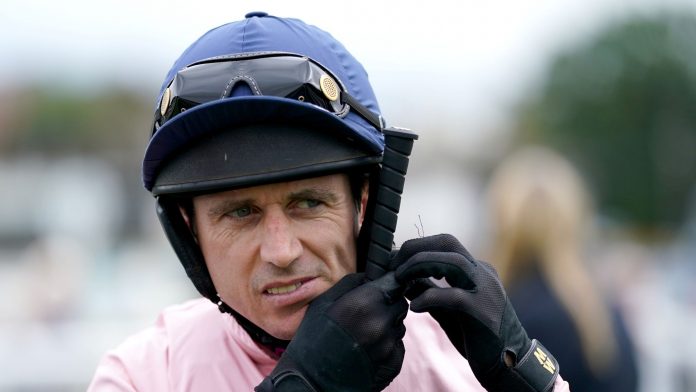 Paddy Brennan was on board Knight Salute as it maintained its unbeaten record over hurdles in the Coral Adonis Juvenile Hurdle at Kempton. It was his third Grade 2 win of the season.
The four year old was 15/8 favourite to win the hurdle and he brushed off the challenge of Gary Moore’s Teddy Blue but he crashed through the final obstacle.
Trainer Milton Harris told Racing TV: “I was a little apprehensive today because these are good horses in here. He does as little as he can do and he wins doesn’t he? They’re the best types to have.
“At Doncaster nothing was right for him, bad ground and he won. Cheltenham he won, here on a sharp track he’s won so he’s pretty adaptable.”
Knight Salute is 12/1 with Betfair and 16/1 with Paddy Power to claim the Triumph Hurdle at Cheltenham next month. Harris said: “I don’t think there’s any other places to go. We’re going to be third or fourth favourite but we’re unbeaten.”
Jockey Brennan was delighted to get his third Grade 2 win with Knight Salute. He said: “The first three furlongs I was going as fast as I could possibly go. I probably got there a bit too soon but it was a good performance, he’s all guts. He’s probably the quickest horse I’ve ever ridden over hurdles, he’s so accurate.
“He’s small and he knows his limits but if you time them from one side of a hurdle to the other it’s very quick. He stays very well and Cheltenham suits him. It’s obviously very competitive with Willie Mullins and Gordon Elliott but you’ve got to turn up and you’ve got to perform and we know this lad will.”