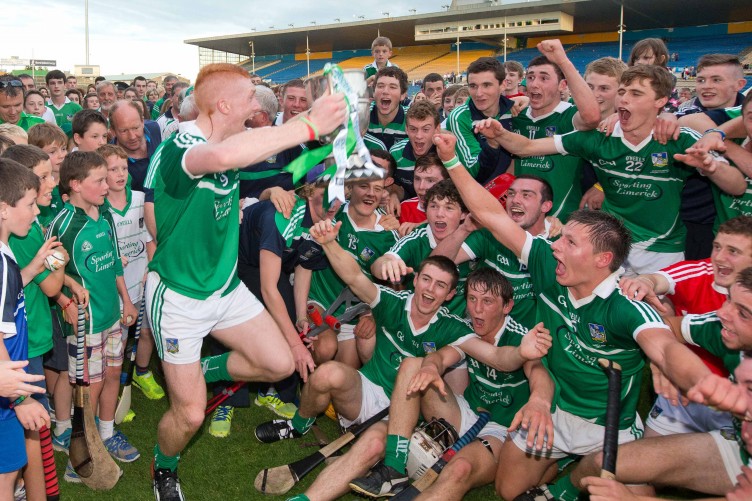 Did you know that this is the last ever year of the Minor hurling and football Championship? The GAA have decided to scrap the U18 competition from January of next year. It will be replaced by an U17 competition. This seems to have gone un-noticed by people involved in the GAA, instead people are more focused on the CPA and the state of club fixtures. I completely agree with the CPA and support everything they are doing.

I think this big change is much more serious. I can understand the need for the GAA to try to protect the Minor player who is sitting Leaving Certificate exams but there must be a better way of changing the current system. For example, they could have a certain period of time before the exams, that no games can be played. I feel sorry for the U17 player this year who is not good enough to make the Minor Panel in 2017 but would have a great chance of making the panel in 2018. He has no chance of playing Minor for his county.

That player has probably dreamed of wearing the County jersey in Croke Park in an All-Ireland Minor Final but he will not get that chance now. Instead they are running an U17 All Ireland championship this year to compensate, but this is not the same as playing County minor. Most counties won’t include their best U17 players as they will be playing with the County minor team. The GAA has done a serious injustice to these U17 players.

So there will be two competitions (U17 & Minor) running alongside each other this year. So what will happen the Club Minor Championships? Good question, as County boards are pulling their hair out trying to decide on fixtures for the coming year. There will also be another U17 Competition in June (The Celtic League). Once again the GAA have decide on change without any consideration for the Club player.

Club managers and players all over the country are bewildered with what lies ahead. Nobody knows where club games will be played. The Minor All Ireland final is a prestigious competition and this will now be taking away. This writer’s big concern is what will happen to the players who are over age for U17 hurling or football next year? What age group will they have to play? There has been suggestions of an U19 competition coming in, but when will this be played?

Are players expected to wait around for the U21 championship, which is normally played in November and December in most counties? There may be one or two players good enough to make the Senior Club panel at 17/18 years of age, but they will be an exception to the rule.

So many clubs around Ireland, have invested so much time into these young players to bring them through to their Adult teams in the club but now they are likely to walk away from the game as they don’t see a future. Most 17/18 year olds will not be physically ready for adult hurling.

This was voted in by County boards at congress but did they actually discuss and think of the pitfalls that this will cause. We need to protect our players of the future. I completely understand as I said above the importance of the leaving Cert exams but the emphasis has to fall on the management teams not to be dragging the players all over the place before such important exams.

I think the real GAA people need to stand up here as this is going to be detrimental to the future of the GAA unless this ruling is changed. I am just surprised how little media attention this is getting. Please share this article and make people aware of the seriousness of this new rule change.

TIME FOR MAYO TO STEP UP TO THE PLATE