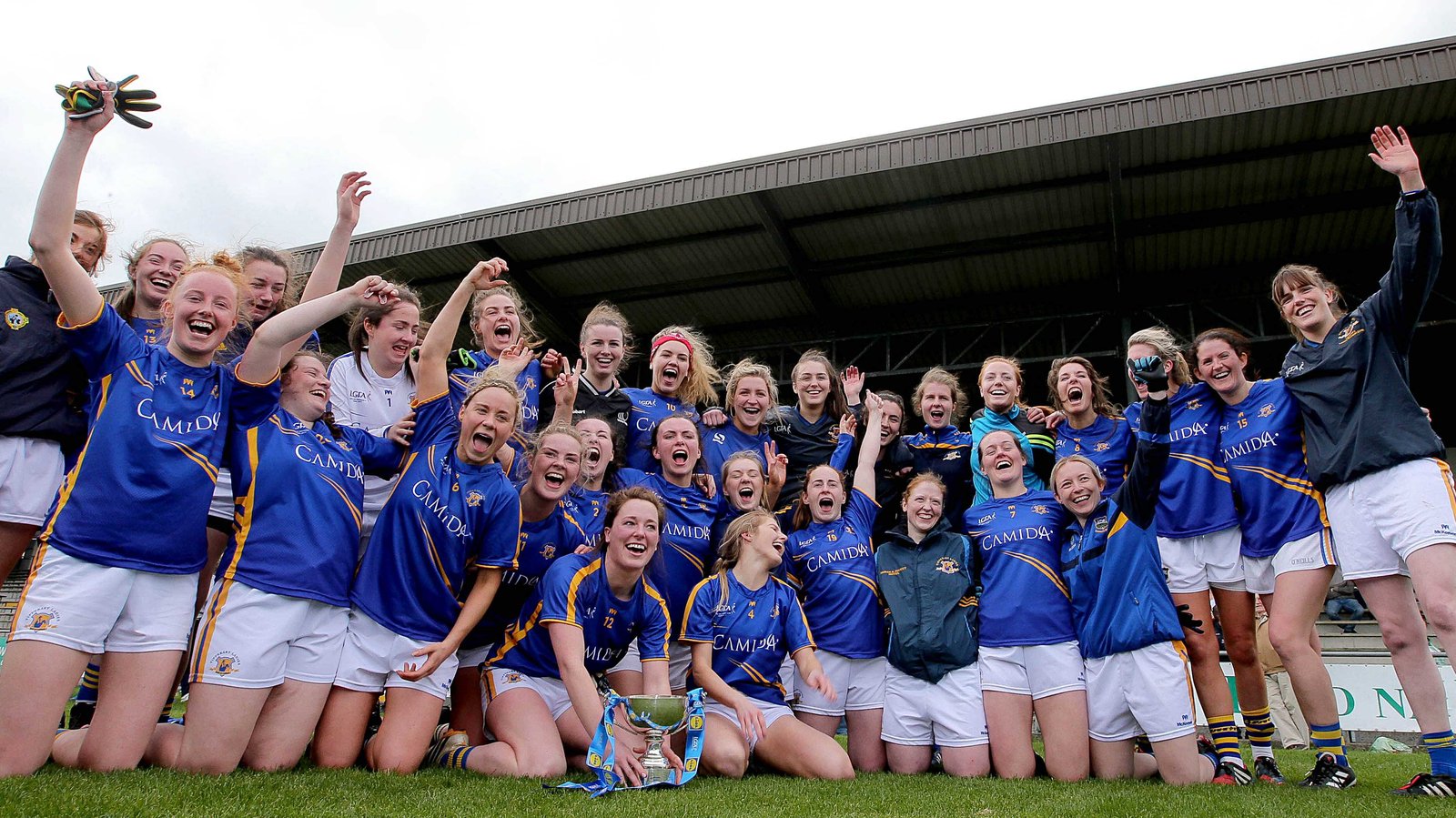 The Premier County ladies got the better of Wexford on Sunday afternoon in Birr in a nail biting encounter. The Premier were full value for their win on the day with the impressive duo of Aisling McCarthy and Aisling Moloney coming to the fore. Indeed the pair kicked 0-11 between them in 60 minutes of play. Tipperary, however did trail at the break by 1-08 to 0-05 but they fought back in the second half to win by two. The wind was one of the main factors Wexford were leading by `1-08 to 0-05 at the break, however Tipperary stormed into the second half with seven unanswered points to put them in control of proceedings.

McCarthy was accurate from placed balls throughout, while Moloney kicked three from play in a row in the second half. Gillian O’Brien landed a point with 20 minutes to go, which was then followed by a point from Moloney. This meant Tipperary were leading 0-13 to 1-08. The first sin bin was to O’Brien on 44 minutes and this was then followed by sin bins to Moloney and Maria Curley. This meant Tipperary were reduced to 12 players.

However, Wexford didn’t take full advantage. They did however get back level courtesy of points from Ellen O’Brien and Catriona Murray. The scores were now 1-10 to 0-13.

Wexford were reduced to 14 players with the game coming to an end, while Tipperary had O’Brien back on from her sin bin. Tipperary rallied in the closing minutes with points from McCarthy getting the vital winning scores.

Tipperary are now promoted to Division 2 for the 2018 season.