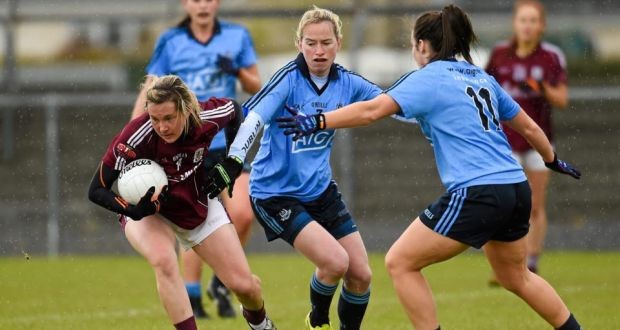 There’s plenty of action this weekend in the Ladies TG4 All-Ireland series with senior, intermediate and junior games being played.

In the Junior Kilkenny meet neighbours Carlow in Group A of the Junior Championship. Carlow are Leinster Junior Champions. These two sides met in that Leinster Final with Kilkenny finding the going tough. The Cats will look to keeper and captain Laura Tynan, Lauren Valentine and Katie Nolan. Antoinette Dowling, Marian Hayden and Elaine Ware are some of the players Carlow will depend on.

On Sunday last year’s beaten All-Ireland finalists Antrim take on Derry who were beaten at the semi-final stage in Group B of the Junior Championship. Derry had a good win over Antrim in the Ulster semi-final with Emma Doherty scoring 3-5 of their 5-15 tally. She will be a player the Saffrons will look to contain on Sunday. It’s a youthful Antrim team with vice-captain Eimear Gallagher one of their more experienced players.

Last year Meath were in the Senior Championship, struggling in games and lacking in confidence, now they are just one step away from a place in the All-Ireland Intermediate Final. Tipperary though stand in their way. Both sides won their respective provincial crowns and have defeated both Wexford and Clare in the Championship. This has all the makings of being an intriguing tie in Semple Stadium on Saturday and there could be very little between the sides at the end.

At the other end of the Intermediate Championship Limerick take on Longford in Banagher in the Relegation Final. After claiming the All-Ireland Junior title last year the Midlanders will want to secure their Intermediate status for next year. They’ll be hoping for big performances from Michelle Farrell, Aisling Greene and Mairead Reynolds while Limerick, who suffered relegation to Division 4 this year, will depend on Aine McGrath, Meabh McCarthy and Kristine Reidy.

The first of this year’s Senior semi-finals sees old rivals Kerry take on Dublin in Semple Stadium on Saturday. It has been three years since these two sides last met in the Championship with the Dubs coming out on top that day. Both sides won their respective provincial titles with ease. Dublin overcame Waterford in the quarter-finals while Kerry defeated Armagh. Saturday will be the biggest test of the year for both teams with a place in the All-Ireland Final on September 24th at stake.