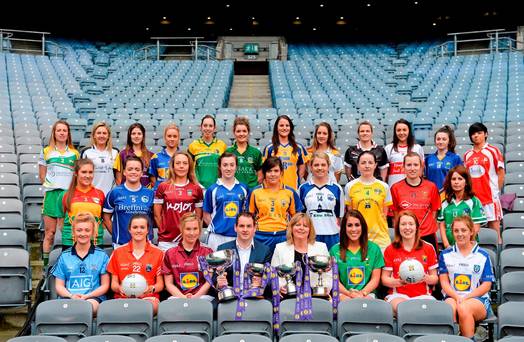 The Lidl Ladies National Football League gets underway this weekend with action on both Saturday and Sunday. Over the last few years the league has proven to be just as, if not more competitive than the championship.

Two teams who will be looking to claim some silverware this year are Cork and Galway and they meet in Mallow in their Division 1 clash on Saturday at 1pm. Later that evening in Croke Park reigning Division 1 and All-Ireland Senior Champions Dublin take on Donegal in what is a double-header with their male counterparts.

In Division 2 promoted Wexford take on neighbours Waterford on Saturday afternoon. There are three Division 3 games down for decision on Saturday. Beaten Division 3 and All-Ireland Intermediate finalists Meath are away to Sligo while Longford, under new manager Enda Sheridan welcome Kildare to Edgeworthstown and promoted Wicklow travel to Kiltoom to take on Roscommon.

The first game on Sunday is an Ulster derby between All-Ireland Intermediate Champions Tyrone and Cavan in Division 2. Cavan have missed out on promotion from Division 2 for the last two years and will be hoping 2019 is third time lucky.

There are two more games in Division 2 on Sunday afternoon with Clare at home to Kerry who were relegated from Division 1 and promoted Laois taking on Armagh.

Beaten Division 1 finalists Mayo are at home to promoted Tipperary and Westmeath play host to Monaghan in the other Division 1 game on Sunday. There is just one game in Division 3 on Sunday with Offaly welcoming Down to Birr.

In Division 4 it’s a repeat of the All-Ireland Junior Final when champions Limerick take on Louth, Antrim will take on Leitrim, who have a new manager Gavin Cawley, there is an Ulster derby between Fermanagh and Derry and the final game of a busy weekend is the Leinster derby between Carlow and Kilkenny.