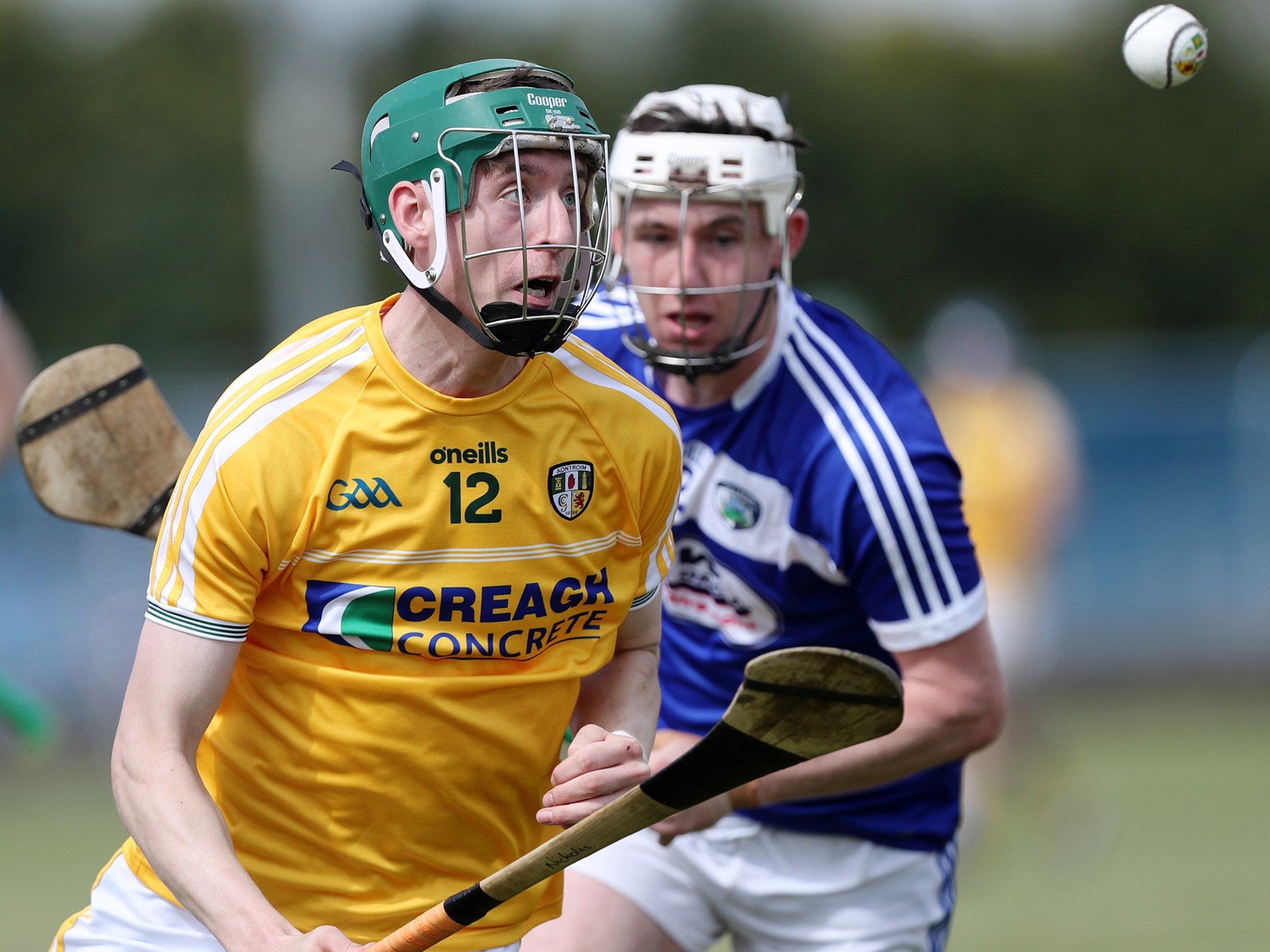 By Cóilín Duffy
Pre competition favourites Laois kept their Joe McDonagh Cup aspirations alive, by claiming a 1-20 to 1-19 win over Antrim in Dunloy.

The O’Moore’s were forced to dig deep, and withstand a late Antrim rally, as they were reduced to 14 men in the closing 10 minutes, but held out for victory.

Neil McManus suffered a horrendous injury in the groin area against Carlow last week, but the Cushendall man showed no ill affects scoring 11 points, but it wasn’t enough as Laois claimed victory by the minimum margin.

The sides were tied at 0-1 apiece after four minutes, after Conor Johnston and Ross King traded scores.
Wind assisted Antrim dug in, with McManus and Donal McKinley on target, however Laois drew level by the 18th minute, with King, Willie Dunphy and Paddy Purcell finding the range.
King and Eddie McCloskey traded points, but Laois took control once more to move 0-11 to 0-7 ahead.
Antrim pressed hard late in the half, but McManus’s goal bound effort was deflected out for a 65′ which he converted to cut the gap to three points at the break.
Laois were aided by the breeze on the restart, but it was Antrim that began the second half the brighter, as a trio of McManus scores levelled the tie in the 39th minute.
The visitors got firmly back into this game thanks to a 40th minute Dunphy goal.
Antrim cut the gap to two points with 12 minutes remaining, following McManus’s 10th point from a free.
Laois were then reduced to 14 men after the dismissal of Lee Cleere on a straight red card.
McManus slotted over the resulting free to leave the minimum between the sides in the 63rd minute.
Despite their numerical disadvantage Laois held out for victory, although Antrim got in for a late goal from Ciaran Clarke.
Scorers for Laois: Ross King 0-11 (10 frees), Ben Conroy 0-4, Willie Dunphy 1-1, Patrick Purcell 0-2, Cha Dwyer 0-1, Aidan Corby 0-1.