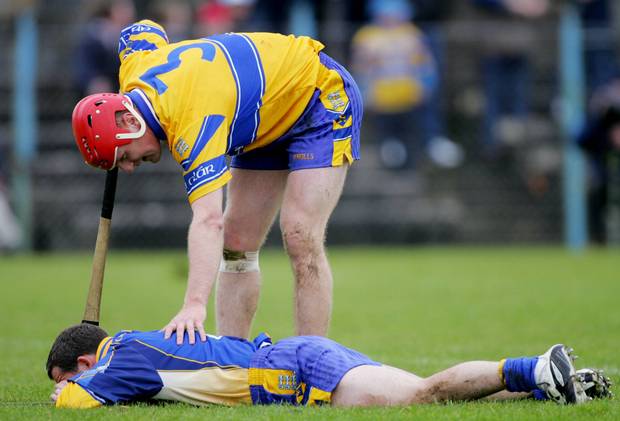 Cork don’t do leagues. That seemed to be the overwhelming message coming from Walsh Park last Sunday afternoon. You’d have thought that being 2 goals up within the first couple of minutes, would have been enough incentive for them to win, but apparently not. Sure, they were still trying for the rest of the game, or at least it looked like it, but hitting 17 wides does not a successful side make. There’s an onus on them to do better on Saturday.

Blowing big leads last week seems to be a common theme to these sides. Admittedly, Tipperary have the excuse of playing against a near full strength Limerick team who only won the All-Ireland a year and a half ago. Still and all, being 9 points up at half time at home, and still squandering it, is not a good look. There’s plenty of players to come back mind, but that second half was worrying.

There’s a lot of cobwebs still on these sides and somebody’s going to have to blow them off come the weekend. The game’s on at the Park, so Cork might want to put on a bit of a show. Tipp usually have more to show though. 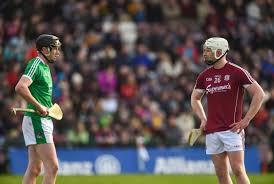 2018 All-Ireland hurling final. The battle of the Shannon. The rematch. That’s what Sky Sports would probably be billing this one as. Fortunately, we don’t have to worry about those guys overselling stuff. Well, not for a few more months at least.

A lot can happen in 18 months. Certainly in Galway, there’s been a sea change and it hasn’t necesarily been for the better. Limerick is somewhat different. With the exception of one galling loss against Kilkenny last August, everything’s been onwards and upwards. Last week’s comeback win away against the current All-Ireland champions (and I’m sure it will gall them to hear those words) was further evidence of that. Look at someone like Barry Nash for instance. Couldn’t get in the championship 15 last year and now looks like one of their star players. There’s plenty of hurlers to go round if your name’s John Kiely.

Given his background, this will be a particularly pointed game for Shane O’Neill. What he really needs is for some of his 2017 All-Ireland winners to find form again, and perhaps more importantly, some fresh blood to come to the fore. One of those hopes, Tadhg Haran, is unfortunately injured, but for the likes of Darren Morrissey and Sean Linnane, this Sunday will be a great test. Maybe it’s just come a bit too soon for them though.

Respectability. That’s what you’re most probably looking for if you’re Shane O’Brien at the moment. He’s been dealt a bum hand. Brian Cody and Jurgen Klopp combined would struggle to win games in this division. Losing to Galway by 17 points, particularly when they were already down to 14 men after Aonghus Clarke got sent off in the first half, seems pretty much par for the course. This is the big boys they’re playing with now. On saying that, Waterford at home is probably one of the few games which they would have a shout at getting something from. Or at least, the Summer of 2019 Waterford side, would be a team they would have a shout of getting something from.

Is this a new Waterford though? Well they got off to a good start anyway. At home in their first game of the season, that’s the least you would have expected. There was plenty of spirit shown that will go some way to pleasing Liam Cahill. Will Patrick Curran and the Bennett brothers finally become the kind of players they have regularly threatened to be? Time will tell I guess. But nice to rack up the wins while you’re waiting. 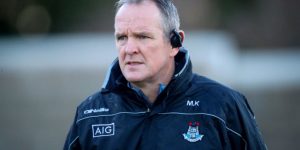 Embarrassing. There’s no doubting who the story was last Sunday in the National hurling league, but it wasn’t for the right reasons. Against a half strength Kilkenny team playing for 50 minutes with 14 men, surely this Dublin side would be able to come away with the win. Apparently not though. And what’s more the defeat didn’t even trouble the realms of respectability. Rather, it was downright embarassing.

These are worrying times for Dublin hurling. Ger Cunningham and, to a lesser extent, Pat Gilroy, couldn’t get the best out of them, so what reasons are there to think Mattie Kenny will? We’ve already seen Cuala be shockingly eliminated from the club championship by St Mullins, and it hasn’t really improved on the inter-county front either. Is it just that the players aren’t there, or rather they don’t have the stomach for the fight? With the likes of Eamonn Dillion, Sean Moran and Chris Crummey, you would think it wouldn’t be the former. So it could, more worryingly, be the latter.

Laois’s victory against the Dubs in O’Moore Park last July was possibly the signature moment of the championship. At the time, it was hailed as a monumental upset, but scrape beneath the surface, and you realise it wasn’t exactly that. It was only a few months earlier that the Dubs had barely scraped through against the O’Moore Men in a league clash, and there was a similar result between the same sides in the Walsh Cup game in January. Rightly or wrongly, Laois hurlers don’t see themselves as being inferior to Dublin. And that’s one of the reasons they have a good chance of beating them.

Now Laois have troubles of their own. Through not being able to pick a full complement of players, either through opt outs or injuries, everything’s not rosy in Eddie Brennan’s garden. Still you’d expect them, like last Saturday against Wexford, to show plenty of spirit. Dublin? Well, if there’s any bit of life in them, you’d assume there’ll be a reaction come Sunday. If there isn’t……well then the alarm bells will really be deafening. 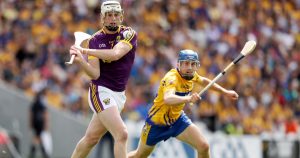 The story of the weekend. The grudge match of the weekend. You’d presume that after being the trusted sentry of his goal for over a decade, there would be a somewhat cordial relationship between the pair, but it appears that Brian Lohan and Davy Fitzgerald straight up don’t like each other. As to why that is the case is more complicated than an Avril Lavigne song. Lohan said something, Davy did something.  He said, she said nonsense. It seems unsavoury, but is it typical of Davy to get involved in petty arguments? Well, probably best not to answer that question.

Say what you like about Davy Fitzgerald as a person, and you could argue he has a chip on both shoulders, he’s still a hell of a hurling manager. He got to an All-Ireland final with Waterford, he won one with Clare, he should have got to one with Wexford, and there’s plenty of time for him to still do so. Last week was a hugely promising start to the National League as they disposed of an up and coming Laois side with the minimum of fuss, and they’ve still got Lee Chin and Diarmuid O’Keeffe to come back in.

Clare and Brian Lohan are still in what Ger Canning might call “the getting to know you stage”. Last week’s game against Carlow was somewhat of a box ticking exercise. This is a real test. Lohan will be happy that Tony Kelly, who could really make or break his manager’s reign, showed some good form last weekend. All the same, Davy’s got his guys humming. Add in a fervent home ground, the already frenetic manager with a point to prove, and there may be a whirlwind coming Clare’s way on Sunday.

Well well well. Who said Kilkenny were overly reliant on TJ? Who said they can’t win with 14 men? Granted, I’m sure they would rather have won their last one with 14 in August, than a league game in January, but you take whatever you can get.

How good were Kilkenny last Sunday? Well, it can only be written in context of how bad Dublin were. Nevertheless, the game clarified a few things: Billy Ryan sure is a pace merchant, John Donnelly is hardly fast, but he has finesse, and no matter the numbers, Cody’s teams will die with their boots on. Or in the case of last Sunday, win with their boots on.

Colm Bonnar has an unenviable task trying to prime his troops for what’s to come on Sunday. Last year they faced up to their neighbours in the championship and were blown out of the water in the first half. Cody will be delighted that he’s got 2 points on the board without even having to call up the heavy artillery. A play off spot already looks almost certain, unless Carlow cause the mother of all upsets on Sunday.