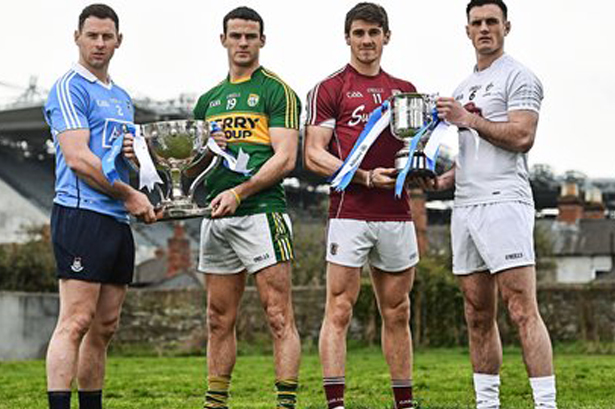 RTE’s National League highlights show, League Sunday, is getting a lot of criticism this week after the exciting final round of games in the National Football League wasn’t extensively covered, according to the critics anyway.
With the National Hurling League quarter-finals also going on the show had to split between both codes, meaning some games had to be left uncovered.
A lot of the criticism was in relation to Division 3, which just got a fleeting mention. Unfortunately for the Montrose decision makers, there was a lot of excitement in the third tier. Tipperary got a 76th minute goal to defeat Amragh in what was a straight shoot-out for promotion.
While it would have been great to have seen this dramatic finish, RTE had to make a choice – an were unlucky that it didn’t work out. Had Armagh won by eight or 10 points, and we had to watch highlights of that, then people would give out that higher division matches were left uncovered.
Offaly and Laois played out a fantastic game at the bottom of Division 3, but again, RTE can’t predict the future – they couldn’t have known this Midlands derby would be such a good game.
Some social media users have criticised the national broadcaster, with some claiming that other broadcasters would have cameras at all the games. But, if any media company were willing to do this, wouldn’t they?
The fact that Sky or eir or anyone else, don’t already have cameras at the games, suggest that they wouldn’t do so even if they had a League Sunday-style highlights show. With 16 football matches on the NFL as well as NHL quarter-finals, lower division finals and relegation play-off all on, it is hard to think that any broadcaster could commit to showing every game on a particular weekend.
League Sunday isn’t perfect – you only have to look at the error-ridden Limerick-Cork report to get that – but to expect RTE, or anyone, to show highlights from up to 30 games is a bit unfair.
Perhaps having two separate hour-long shows when  there are both hurling and football games on could lead to better coverage but, then there will criticism from rugby and soccer fans who want their sports covered more extensively. So, in defence of RTE, there were but in a tough place – and had to make tough choices.
Deciding to show long highlights of Clare v Dublin in the relegation final, while having a report from Limerick v Cork from someone who wasn’t at the match (there is no way that report was from Pairc Ui Rinn) was an unusual choice to say the least.
That said, given Limerick’s poor form and involvement from Ballyea and Cuala players, there was at least some method to the madness of sending commentators to that clash.
Some of the critics of RTE are making fair points, however, there is no point in saying other broadcasters would do thing better. Not until someone puts up their hand and does it at least.