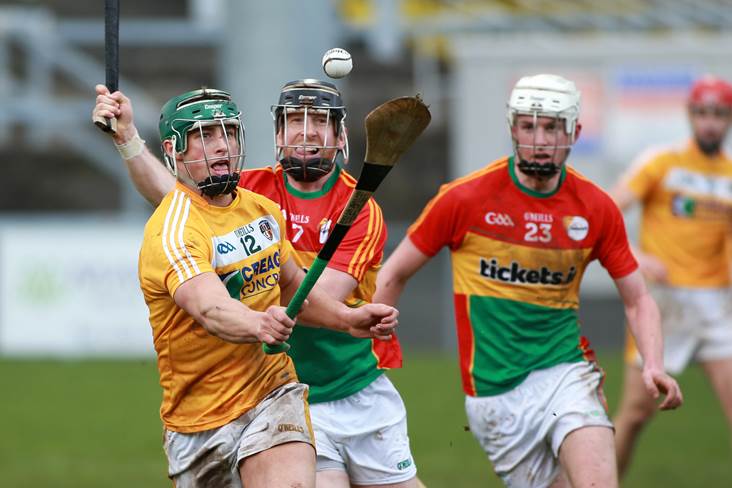 This weekend sees the second round of the Leinster Senior Hurling Championship’s round robin series. With wins for Meath and Laois in the opening games, the pair face each other in round two, with the winner all but certain to progress to the Leinster quarter-final.

Meath ended their 13-year absence from the Leinster Championship with a win over Kerry last weekend. The Christy Ring Cup champions, put up an impressive 3-20 in their win over Kerry, who will be looking to bounce back to avoid dropping down to the second tier.

Laois scraped over the line with a narrow win over Westmeath. They conceding two late goals to make the game more competitive on the scoreboard than it was on the pitch.

Laois will now look to burst the Meath bubble. The Royals were playing their trade in Division 2B of the National Hurling League and this will be a huge step up. Should they get out of the group stage of the Leinster SHC, it will be a huge improvement for them over the last few years.
Laois on the other hand have seen both the benefit and drawbacks of this system. In its first year, they got out of the group and beat Offaly.

That win meant they didn’t have to play the preliminary rounds last year, when they eventual lost to Offaly.
It just goes to show that despite the lesser lights playing in this round robin, the momentum they generate can boost them down the road.

That is why the weekend’s other game, between Westmeath and Kerry, is so important. While those sides lost last time out, their seasons are far from over. If either side can put together back-to-back wins they will find themselves in the Leinster Championship proper and with a chance to face the bigger counties.

Westmeath have a good record in this stage of the provincial championship and will be disappointed with their loss to Laois. It would be a disaster for them to drop to the Christy Ring Cup and they will be determined to win this game. That being said, Kerry are in a similar position. They have worked hard over the last few years and falling to the second tier won’t do them any favours.

The spotlight doesn’t shine too brightly on the hurlers of Meath, Westmeath, Laois and Kerry. But this weekend sees a crucial pair of matches involving these four counties. Hopefully these counties get the support that their year’s effort deserves. Also, going by last week’s results, there isn’t much between the teams so there are good games in store as the Championship’s quiet opening begins to gather pace.