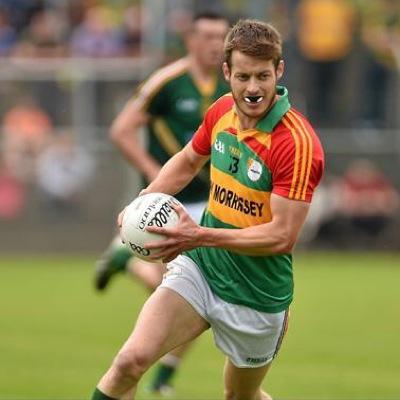 Carlow got the better of neighbours Wexford in Dr Cullen Park on Sunday last. Their first win in the championship since 2011 that Carlow will now play Dublin in Portlaoise in the Leinster Quarter Final. It was former Aussie rules player Brendan Murphy and corner forward Paul Broderick who fired the Barrowsiders to victory in a game that had everything. The sides were level at the break, 0-08 apiece. Carlow did have the wind in the opening half, both sides opted to use defensive tactics though throughout.

Wexford got off to a great start with points from Ciaran Lyng and Michael Furlong inside the opening 5 minutes. Carlow didn’t score until the 11th minute when Alan Kelly pointed. Wexford had Daithi Waters black carded for a trip, while his midfield partner Colm Kehoe went off injured before the break. Paul Broderick landed three points a row to bring the sides level on 32 minutes Ben Brosnan and Darragh Foley traded scores to leave the sides level 0-08 each at the break. Carlow started the second half brightly with Danny Moran finishing past Conor Swaine. Eoghan Nolan picked up his second yellow card with 46 minutes played, but Wexford didn’t wilt under pressure and up stepped PJ Banville who scored a nice goal on 48 minutes to leave just one between the sides.

However, Murphy and Broderick were in great form for Carlow and they responded with points, but Wexford again fought back courtesy of a goal from Naomhan Rossiter. The sides were now level.

Clinical Derry prove to be too much for London