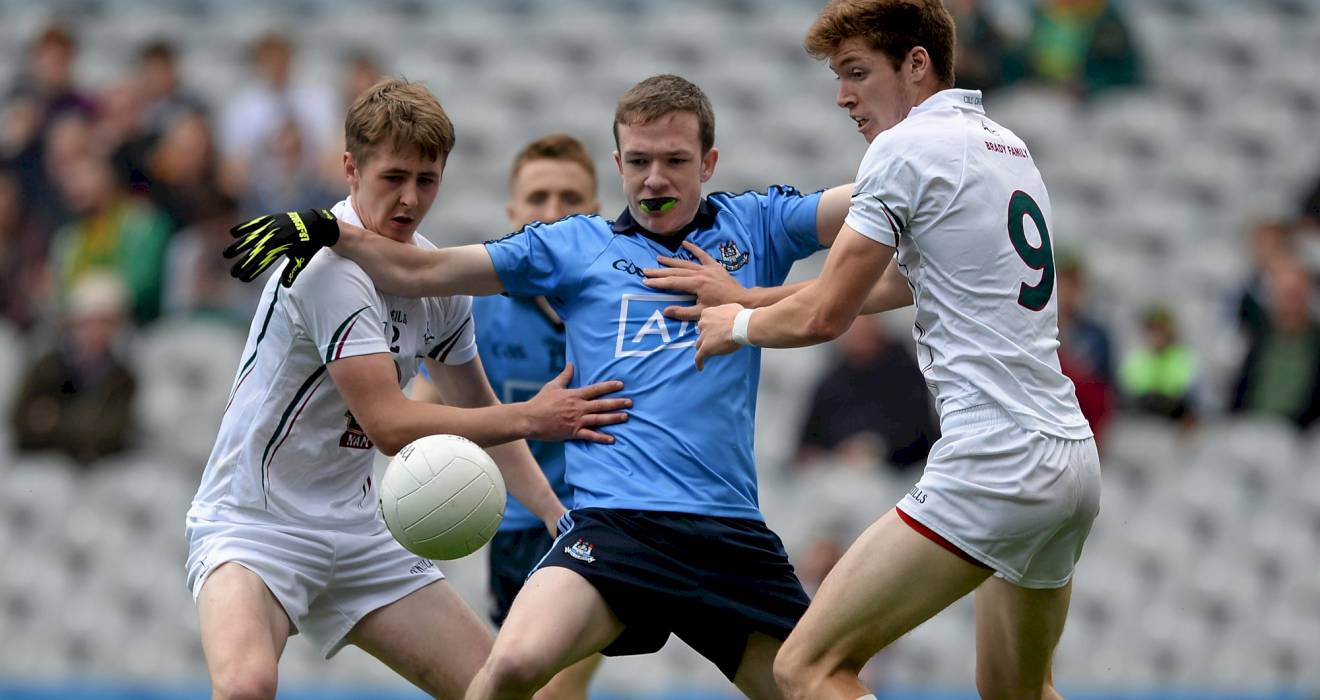 A second Leinster Minor Championship victory in a row shows Kildare are reaping the rewards of their efforts to promote underage football in the county. Kildare needed extra time to overcome Meath in the semi-final and it seems that the challenge stood to them, unlike Laois who coasted past Offaly in their semi-final.

Kildare created far more chances than Laois in the first half but were wasteful with their shot selection, seven wides along with their nine points. With Kildare dominating in midfield,wing back Tony Archbold got the opening point of the game with a energetic run from wing back.

Laois only trailed by three points to two after the opening quarter, with Diarmuid Whelan and James O’Connor on the scoreboard, in response to further Kildare scores by Jack Robinson and Kevin Foley.

through Ciaran Comerford and Diarmuid Whelan (free), Kildare finished the half on top with another three unanswered points from Hyland (free), McLoughlin and substitute Cian Costigan.

After the break, Laois played their best football and hit over points from Diarmuid Whelan and Alan Kinsella. It wasn’t long before Kildare responded,Kildare appeared to have the greater running power and exposed holes in the Laois defence.Tony Archbold steamed forward from wing-back for two points as Kildare asked the questions and forced Laois on the back foot.

Laois did open the second half with two points from Whelan and Kinsella but Kildare then bagged six without reply to put the game to bed. And Jack Robinson’s goal five minutes from time added gloss to the scoreboard from a Kildare perspective.