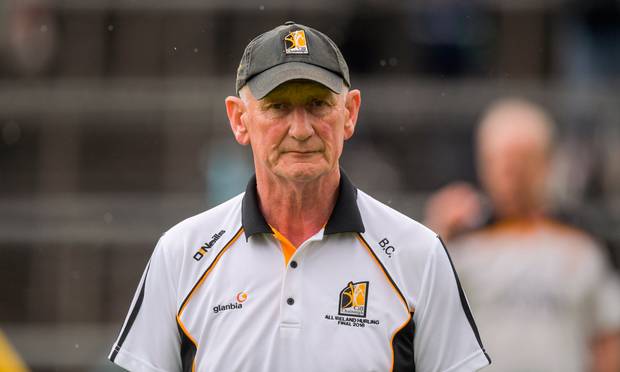 Hmmm. It kind of feels to me like people are underestimating this one. It’s as if everyone is willing to go along with the line “Kilkenny: hurling county, Dublin: non hurling county, therefore Kilkenny must win, QED” Paddy Power has Kilkenny at 1/2 on, John Mullane has backed them with a handicap of -3 as one of his “Saturday certs” (sure, why not?). Everything seems to be pointing in one direction. But take a step back for a second and ask yourself this; on what basis do you think that Kilkenny will definitely win this game?

“Well, they beat Dublin away last year….” Yes they did. With a last minute goal from Liam Blanchfield that could easily have been called back for a foul on Dublin corner back Paddy Smyth. It was a smash and grab raid if ever there was one.

“Well, obviously, Kilkenny are in Division 1A and Dublin are 1B” Yes. And Kilkenny won just 2 games in Division 1A while Dublin beat Waterford, Tipperary away and performed more respectably against Limerick than Kilkenny did.

Now don’t get me wrong, I’m not trying to be facetious here. Yes, there are reasons to point to a Kilkenny victory. Obviously the re-introduction of the Ballyhale contingent, most notably TJ Reid and a razor sharp Colin Fennelly, who absolutely scorched his way through Croke Park on All-Ireland club final day, is a major reason for that. Kilkenny are at home. They rarely, if ever, lose a championship game at home. And they have a manager who always seems to squeeze every last drop out of his players.

Then again you look at the Dublin side and there’s more than a few reasons to be fearful. One of the things that automatically strikes you about the side is what inordinate levels of depth they have. Last year they so very nearly could have, should have, beaten their opponents in the championship, with Conal Keaney and Liam Rushe tearing it up. If Keaney hadn’t got injured in the last 10 minutes it’s impossible to imagine Dublin losing that game. This season, they managed to beat Tipperary away, for the first time in 73 years, without those 2 pivotal players, and they have also added the likes of Daire Gray, Darragh O’Connell, Sean Treacy and numerous others. They were a good team last year. They promise to be even better this one.

Now, obviously, it is only Matty Kenny’s first year. His team have got 3 games after this, each of which is probably more winnable on paper. And sure, their style of play isn’t the most attractive on the eye, but their dogged tackling really does demonstrate their determination. For a man who values work rate above all else, I’m sure Brian Cody would approve of it. Basically, if there are Kilkenny supporters out there, who aren’t seriously concerned by this game, then I hasten to add, they probably don’t know that much about hurling.

So it promises to be a humdinger and a mouth-watering way to start this year’s championship. Cards on the table, on what basis would you pluck for Kilkenny? Well Nowlan Park. TJ. Colin Fennelly. The magic of Cody. Would it be a surprise if the Dubs came away with a victory though? Absolutely not. 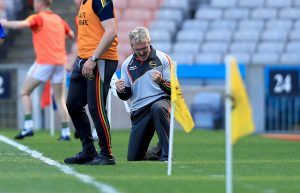 What a day for Carlow hurling. After so many years in the doldrums as a second tier hurling county, they now take their rightful place in the Leinster championship as one of the best five teams in Leinster. If you want to stir the pot you could actually argue they’re among the 4 best teams in the province seeing as Galway aren’t actually a Leinster county at all. Even still, the thought that they would be ahead of Offaly, Laois, Westmeath et al, 15 years ago seemed fanciful. But now, here it is.

It was only three months ago that Carlow got perhaps the best result in their hurling history when they secured that famous draw against Galway in Netwatch Dr Cullen Park. And that was against Joe Canning! Imagine what they could do when he’s not there.

In truth, that’s probably being a little fanciful. Sure, Galway under-estimated Carlow that day. It would be extremely careless of them to do that a second time. Joe Canning is missing, but there’s bound to be motivation for those who are stepping into the breach to prove themselves in his absence. The league ended on a sour note for the tribesmen and they’re doubtless trying to make up for it now. Plus they only had 6 of their All-Ireland final team on show that day. With the likes of Daithi Burke, David Burke, Joseph Cooney, Johnny Glynn and Conor Cooney back, they’re a lot more dangerous.

So it’s a novel pairing but perhaps the romance was used up earlier on in the season. Expect a performance for Carlow, but a comfortable(ish) win for Galway.

Is JJ Delaney the most underrated hurler of all time?