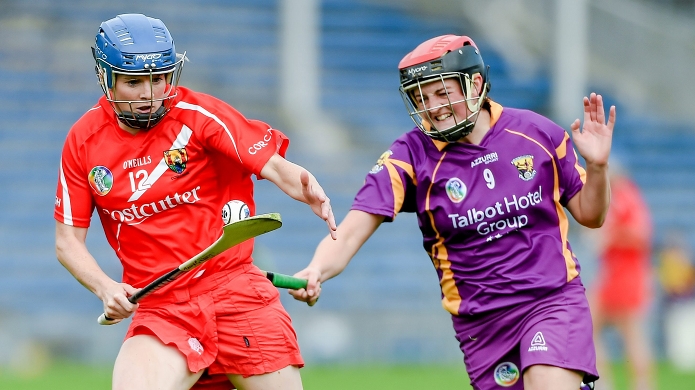 It’s a jam packed weekend of sport this weekend with the Olympics in full flow and the business end of the GAA championship coming to a head. With the hurling replay fixed for Semple Stadium on Saturday evening the decision was made to move the camogie All-Ireland semi-finals also to Thurles and make it a unique triple header. Nowlan Park has being a great venue for the Camogie semi-finals in recent years but with Kilkenny involved in both the hurling and camogie it was a great choice to move the camogie to Thurles and allow family and supporters to enjoy a feast of Gaelic games in one venue.
Cork v Wexford 2pm, Semple Stadium, Thurles.

Having lost 13 players from the panel that captured the All-Ireland in 2014, few people gave Cork a chance of winning the All-Ireland last year. Now almost 12 months later few would bet against them claiming 3-in-a-row. Cork topped the group stages with 4 wins from 5.

Interestingly their only defeat came from the hands of Wexford. On that occasion it took an Una Leacy goal in the closing stages of the game to separate the sides. Wexford had to produce a dramatic comeback to secure their place in Saturday’s semi-final. A young Tipperary side led until the 6th minute of injury time when Kate Kelly pointed to complete a superb comeback which saw Wexford trail by 8 points mid-way through the second half.

The manner of Wexford’s spirited comeback will have gelled them together as a unit and will stand to them going to face the All-Ireland champions. Cork have had 4 weeks to prepare for this fixture which can be a challenge in itself to get right. With a wealth of experience playing in big games and players of the calibre of Gemma O’Connor, Briege Corkery, Aisling Thompson, Pamela and Katriona Mackey and Orla Cotter Wexford will have to be at their very best to beat them and will require a big an improvement on their quarter final performance. Wexford also have lots of big game players no more so than Kate Kelly. An invaluable player to Wexford she will have a huge part to play on Saturday and has been in brilliant form so far this year from both play and frees.

In their win over Tipperary Wexford trailed for the whole hour but crucially found the net when they had too while Mags Darcy pulled off a number of superb point blank saves at the other end. The Tipperary forward line caused the Wexford defence lots of problems in the quarter final in particular in the opening half. Wexford will have worked on this since and will look to cut out any space for the Cork attack. On the other hand Cork will look to Amy O’Connor and Katriona Mackey to expose any perceived weakness and add to their goal tally this year.

Cork will feel that if they limit the amount of possession going into Una Leacy in the full-forward line and curtail Kate Kelly they will have enough fire power at the other end to see them over the line.

I believe they have a better balanced 15 and that Ashling Thompson and Orla Cotter will come out on top in the battle of the mid-field pairings which will be the foundation for their win on Saturday.

Remarkably this will be the third time these 2 counties have met this year. With one win each, both sides will be aware of the tough challenge that lies ahead but equally will be confident that they have an excellent opportunity to progress to the All-Ireland final. Much has been written about the fact that Kilkenny manager Ann Downey was the captain the last time Kilkenny won an All-Ireland in 1994.

This is her second stint in charge having previously brought the team to the final in 2009 where they were beaten by Cork. She is back hoping to take Kilkenny one step further this year. They have been very impressive so far capturing the league title where they defeated Galway in a poor game of camogie that finished 2-7 to 7 points. The championship saw them beat Derry, Dublin and Tipperary before meeting Galway in the final group game to decide who finishes first in the group and takes the semi-final spot. On that occasion Galway got the upper hand running out 1-12 to 10 point winners.

Saturday’s fixture has much more bearing than either of these fixtures with a coveted place in the All-Ireland final up for grabs. However the team that will win will be the side that has learned the most from their previous meetings. Galway had a 4 week break since their last competitive fixture. The question is always asked whether this is an advantage or disadvantage. Yes they have had time to rest up any injuries and work on coaching and tactics in training. But is 4 weeks too long?

A round of club championship during the 4 weeks will have aided their preparations. Kilkenny on the other hand have had the extra game against Offaly in the quarter final. Many predicted this to be a close affair but Kilkenny set out their stall early racing into a 1-4 to no score lead and recorded a comfortable win. Galway manager Ollie Bergin would have noted that Kilkenny forwards were in excellent form with 9 different scorers in total from play.

Add to this the positional switch of Ann Dalton back to centre back and Denise Gaule to midfield and you have a formidable force that will take stopping. In last year’s All-Ireland final it was clear to all in attendance that Galway lacked real scoring power up front and were over reliant on Niamh McGrath who scored 8 of her sides’ 9 points that day with 7 coming from frees. It was a similar story in this year’s league final against Kilkenny.

Galway only managed 7 points that day with 6 points coming from frees by Niamh McGrath. In their final group game against Kilkenny their forward line showed much more attacking flair and had the Kilkenny defence on the back foot on more than one occasion. In the end they had a total of 7 different scorers from play including points from their mid-field duo of Ann-Marie Starr and Niamh Kilkenny.

If Galway are to succeed on Saturday they will need to get a similar return from their attacking unit. They must know that they won’t get over the Kilkenny challenge through Niamh McGrath frees alone. Against Offaly Ann Dalton operated at centre back. If she starts here again on Saturday she will be tasked with the job of marking Niamh McGrath. The outcome of this clash will have a huge significance on the final result. Ardrahans’ Rebecca Hennelly was player of the match when these two sides last met and along with Niamh Kilkenny in mid-field will be key players for Galway on Saturday. Denise Gaule’s intelligent distribution of ball to Kilkenny’s inside forward line was a huge factor in Kilkenny’s dominance and win over Offaly.

I think Kilkenny have grown from the beginning of the championship and in hindsight the defeat to Galway in the final group game was a blessing in disguise. It would have prevented any complacency from settling in and presented an extra game to allow management to make positional switches that will make all the difference come Saturday.
Verdict: Kilkenny