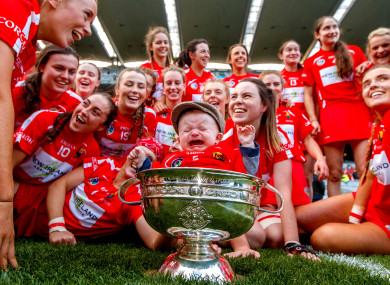 Almost a dead rubber in Callan as it will take an unusual set of results for Kilkenny not to top the group, and similarly for Limerick to move from third to second.

Limerick come into this game full of confidence after two wins and a much improved performance in Athenry than they had managed in the league semi final. Niamh Mulcahy was outstanding once again, cementing her All-Star credentials while Marion Quaid was the pick of their defenders, leading a rearguard action that limited Galway to 2-12.

Kilkenny have had a mixed championship so far. Or as mixed as you can with full points on the board. Ann Downey wasn’t happy with their performance against Offaly and will be looking to finish the group on a high here in their last competitive game before the semi-final. Katie Power has been in exceptional form for the Cats so far and a lot will boil down to how Limerick handle the Piltown playmaker.

These two sides drew in the league in Limerick back in the Spring but overall I expect Kilkenny to just have a little bit too much for Limerick here in what should be the game of the weekend.

I’ll give this game the column space it deserves. Wexford have been a disgrace this year and their antics in the last few weeks have been questionable. Galway will destroy them.

A dead rubber here in group 2 but one that should have a competitive edge. Both sides have only beaten Meath and won’t want to finish the season with that record.

Frank Browne and Ger O’Connell are both in their first seasons and will be eager to get a second win on the board.

Tactics wise this game is a clash of styles. Both teams tend to play a sweeper although Dublin seem more married to their style than Clare, and the signs show there have been no free flowing shootouts involving either side.

Very difficult game to call. Don’t be one bit surprised if it’s a draw but I’m going to go with Clare to put the points on the board here.

For the third game in succession Niamh Lillis will have to set up her side to take on a sweeper system and as frustrating as it is she won’t mind too much if the results continue to be the same.

Both Clare and Dublin set up in a way that left Mary Ryan free and surely Ray Gavin won’t make the same mistake. The Moneygall veteran is one of the most comfortable players in the country on the ball and her vision and distribution were key to Tipperary’s success in those games, so much so that she is looking for an unprecedented hat-trick of player of the week awards this weekend.

Tipperary have been motoring well. Cáit Devine is leading the line well but the difference this year is the contribution of the younger players around her. Niamh Treacey is bringing her Ashbourne Cup form with WIT to championship while Eibhlís McDonald has hit three goals in the last two games.

Meath are up against it here. A near miss against Clare was as good as it got for them and they have faltered since. There is no shame in the clipping they took from Cork last weekend, they won’t be the last team that happened to, but the reality is that Gavin will be hoping for a decent showing here to prepare them for the relegation final against Wexford in a couple of weeks time.

This game brought its own controversy during the week, its late change in date prompting the Waterford squad to issue a statement calling for more administrative professionalism from the camogie association.

But the word from Donal O’Rourke is that they are fully focused on the task at hand here. A win would put them in second place in the group and the reward for that is to avoid Galway in the quarter-final.

The Deise have been flying. Beth Carton is a candidate for player of the year and has been ably supported up front by Niamh Rockett and Annie Fitzgerald. Back the field they bring massive physicality with Shona Curran and Trish Jackman though as documented during the week Jackman is a big loss here. She can’t play on Sunday due to work commitments in the UK.

They face a massive challenge against Cork. Paudie Murray’s charges have been flying. They played a second string against Meath and still hammered them with young Laura Hayes being the pick of the performers in the middle of the field. An international athlete, Hayes has a serious engine, and is certainly one for the future and a ready made replacement for Aisling Thompson.

Cork have been blowing teams away with their fitness in the final quarter of games but on Sunday they will face a Waterford side who pride themselves on their conditioning.

I expect this to be a serious battle but I fancy Cork to have enough in the tank to take the points.