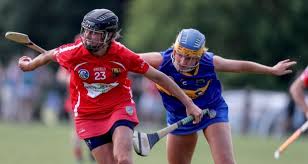 This is a very important game for both sides. Galway will want to get back on track after failing to fire last weekend against Kilkenny. Cathal Murray will want to banish that performance at the first opportunity.

For Offaly the challenge is to pick themselves up after going so close against Limerick. That was a really spirited performance for the injury depleted side and it looked like they had the points in the bag. The challenge for Mick Wall is to pick his side up from the emotional low of that to be ready for the huge step up in quality against Galway.

Galway will hope to be less reliant on Carrie Dolan’s frees while Offaly will once again have to do without the mercurial talent of Siobhan Flannery through injury.

I expect Galway to have far too much here.

Kilkenny stuck it to the bookies (and myself!) last weekend with a dogged performance of old to get a valuable away win in Athenry. Denise Gaule was imperious in the middle of the field and Ann Dalton was the catalyst for everything good that happened.

Wexford, well they are the complete unknown. Managerless for a while, winless to date, that is not ideal preparation. They will look to Chloe Fox to lead the line and it is expected that Sarah O’Connor will make her first competitive appearance in over 12 months after a long spell off due to injury.

Even with home advantage it is hard to see anything other than a massive win for Anne Downey’s charges. 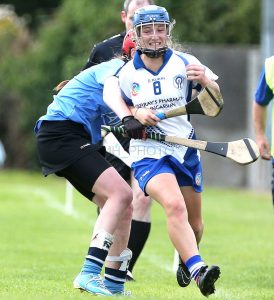 Waterford come into this game in strange circumstances. Donal O’Rourke’s side will be delighted with their performance for 55 minutes in The Ragg last week, at which point they looked to be home and hosed, but don’t have any points on the board due to the game being abandoned as a result of a serious injury to Nicole Walsh. So it is a tricky one from a motivational point of view.

Last week was noteworthy for the return of Trish Jackman who was the real cultural architect of Waterfords promotion to the senior ranks, coupled with the impressive performances of young players Kate Lynch and Annie Fitzgerald.

Dublin will be delighted to have put a win on the board against Meath and the form of Cuala’s Sinead Wylde was particularly impressive.

Frank Browne likened his sides win last weekend to Munster rugby in their pomp. I am going to go with Beth Carton and Co. to bring their scrum to a shuddering halt in Waterford City on Saturday evening.

This has the potential to be the game of the weekend. Cork were very impressive last weekend in dismantling a young Clare side in the final quarter. Amy O’Connor was excellent and having a sub like Linda Collins shows the phenomenal strength in depth on Leeside.

Tipperary never fired against Waterford in the abandoned game and will feel that they are capable of hitting a much higher level of performance. They will come to Bishopstown with a point to prove. Orla O’Dwyer’s form is a real positive for them but they will need a collective effort from their forward unit to win.

They will no doubt be boosted by the news that Nicole Walsh’s injury diagnosis is not as serious as feared although there are some rumours of discontent in the Tipperary camp this week.

Crazy to say this early in the championship but this is the last chance saloon already for both teams. Clare fielded a very young team last weekend and Ger O’Connell has made no secret of the fact that this is a building process for them. That said it was unusual for hardcore camogie fans to see a Clare team take to the field without Carol O’Leary or Chloe Morey. That, coupled with Aoife Keane’s absence due to injury left a real experience gap in their team and it showed in the last quarter.

The Meath management will be happy to have got a performance from their side as they had spoke at length about this in the media before the game. Jane Dolan, who else, was magnificent for them but they didn’t have enough to get over the line in the end.

Clare will look to Ashbourne Cup star Andrea O’Keefe to lead the line for them from centre forward again and the wide open spaces of Navan should suit their young team.

I’m going with Clare to get a morale boosting win and keep their championship hopes alive.