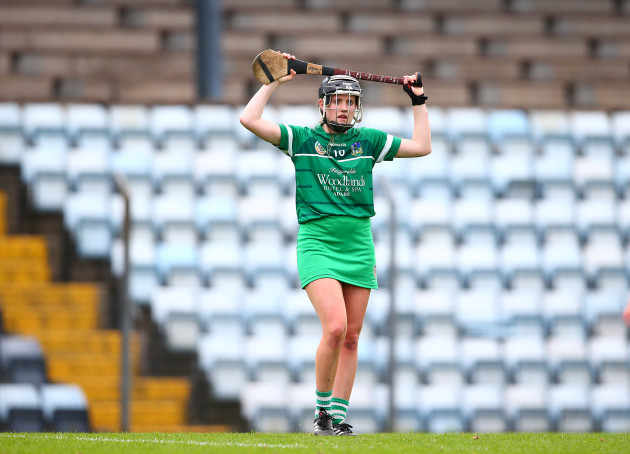 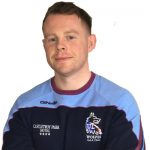 Rebecca Delee has just handed in her last college assignment of the year when I catch up with her. It would turn out to be a week that she and her dual colleagues in Limerick were in the news for all the wrong reasons. We didn’t have to wait too long for the first dual clash of the summer, Limericks footballers and camogie team fixed to play two Munster semi-finals on the same Saturday evening.

It says a lot about the administrative problems in female sport in Ireland that it didn’t really come as any surprise to Delee and she just took it in her stride.

‘I don’t really worry about these things. John (Ryan -football manager) and Declan (Nash – camogie manager) will sit down and divide us up. I’ll go wherever they decide really.’

Players should never be put in this situation but it’s just another day in the life of the female dual player.

Spring didn’t bring such complications for Delee. A starting member of the Ashbourne and O’Connor Cup teams in the University of Limerick, she benefitted from the smart administration of the third level powers that be.

The camogie, under the stewardship of ex Kilkenny player Jennifer Norris, and the ladies football which is superbly run by ex Mayo coach DJ Collins, stagger their championship starts to enable the dual player to thrive. Delee picked up winners medals in both competitions in February and was one of five dual players in the Limerick college including Australia bound Orla O’Dwyer and Tipperary’s Roisin Howard.

It didn’t come without it’s own logistical issues. Delee played the full games for UL on Friday and Saturday at the O’Connor weekend and lined out at full forward in Limerick’s league semi final defeat to Galway on the Sunday.

‘That was such a mixed weekend. Winning an O’Connor Cup medal, making the step up from junior county football to the pace and physicality of that level brought real satisfaction for me as I didn’t believe at the start of the season that I could bridge the gap. To go out on Sunday then and play like we did was so deflating as we really thought we had been motoring well especially against Kilkenny.’

Not performing on the big stage has become a worrying trait for the treaty women. Since Joe Quaid steered them to promotion in 2014, Limerick have failed in four attempts to get out of the group at senior level. It’s something that the Limerick players and management are focusing heavily on changing this summer.

‘We just can’t find that middle ground, that consistency. Our emotional pitch goes from thinking we are the best in the world after a win to thinking we are useless after a defeat and nothing in between. Declan has done so much with us to focus more on performance and consistent performance than being completely outcome oriented.’

To the outsider Group 1 of the camogie championship would appear to be two mini groups within one. Kilkenny and Galway fighting for the top spot and Limerick, Offaly and Wexford vying for the final qualifying spot. Delee is having none of it however.

‘We really don’t see it like that. We are going out to win every game and it doesn’t matter where we finish in the top 3 as long as we get out. We lost to Offaly in 2017 in a cracker in the Gaelic Grounds and Wexford put us out of the championship the same year. So we know that people think we are ranked number five in the group and you know what, that suits us just fine.’

As we finish our chat she says that they are focused on Tipperary at the weekend and want to use it as an acid test for championship. She quickly corrects herself.

‘Cork I mean, Cork in the camogie. Tipp in the football. Maybe I should bring the hurley and helmet to every game just in case!’

The life of the dual star!

Delee’s Limerick begin their championship campaign on the 15th of June at home to Offaly in what is a huge game for both sides before a further home game against Wexford and two daunting away trips to Galway and Kilkenny to finish.

Despite the protestations, Delee and Limerick will know their championship fate very early in the group.