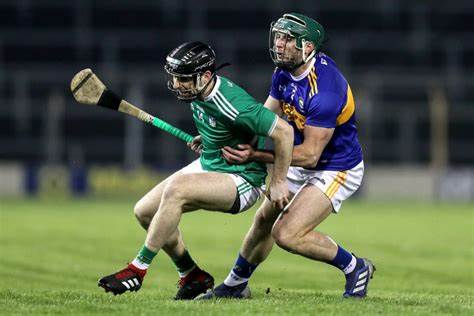 Defending Munster champions Limerick are back in the Munster final for the second year in a row where they will meet Waterford in two weeks’ time, after an impressive performance against the defending All-Ireland champions Tipperary in a downpour Pairc Ui Caoimhe on Sunday evening.

Goals from Aaron Gillane in both halves were key in helping the defending Munster champions route back to the final.

When Seamus Flannagan found the net deep into injury time at the end of the 70 minutes the contest was all but over by that stage.

As for Tipperary the will now go into tomorrow morning qualifier draw if they are to have any chance of winning back to back All-Ireland titles.

11 Limerick players scored from play compared to just six from Tipperary, which told its own story and in Aaron Gillane they had the sort of ball-winning and ball-playing focal point in attack their opponents didn’t.

The All-Ireland champions from last year never really got going as they came up against a physical Limerick outfit aided and abetted by Gillane in the forward line, hurler of the year Seamus Callanan was kept scoreless which was a very rare sight to see.

They were given a boost when Jake Morris found the back of the net in the 20th minute after he was played through by Callanan, with a one-handed finish buried it past Nickie Quaid.

Tipperary looked to Jason Forde’s free-taking ability to keep them in the game, and apart from Jake Morris’s goal they never looked like cutting through Limerick’s well-organized defense.

That goal from Morris came just after he scored a sweet point, and at that stage of the Tipperary would have been pleased with their lot.

Playing against the gale they trailed by just one point, 0-9 to 1-5. But that was good as it was going to get for the All-Ireland champions, as less than a minute later the ball went up the pitch to Gillane who kicked the sliotar to the net.

From that moment on Limerick turned up the tempo until half-time outscoring Tipp by eight points to three to lead by 1-17 to 1-8 at the interval.

A key and noticeable feature in the opening half was their intelligent use of the ball.

However, considering the weather conditions and with a gap of just nine points, Tipperary would have felt that this would have been a manageable deficit to pull back given that they would have the wind and rain at their backs.

A rip-roaring start as points from Niall O’Meara and two Forde frees reduced the margin to six.

Sensing any potential danger Limerick steadied the ship as they continued to dominate the collisions and emerge with ruck ball became a key and decisive feature of the match.

Their work rate in every sector of the pitch even when they didn’t have possession of the ball paid off as they cruise their way into the Munster final and a showdown with the Déise.

Dublin search for six as Mayo bid to end the long...