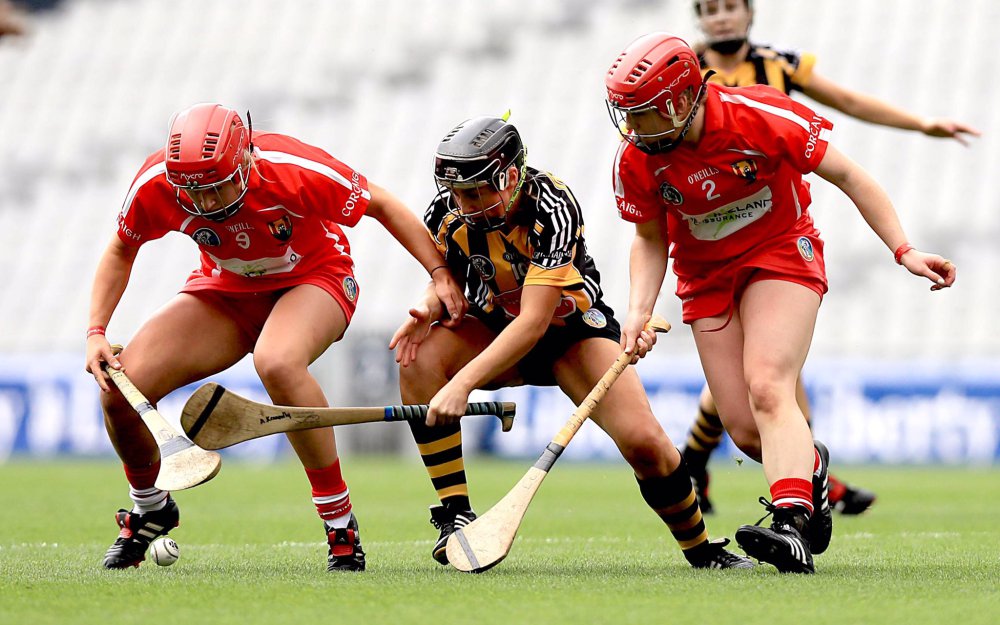 The Littlewoods Ireland Division 1 League Final sees a repeat of last year’s All-Ireland Final as Kilkenny and Cork go head-to- head on Sunday in the Gaelic Grounds in Limerick. The final will form a double header with Galway and Tipperary in the division 1 hurling final and both games will also be broadcast live on TG4.

Kilkenny go into this fixture as current All-Ireland and League champions. They finished second in the group behind Cork but had an impressive win over Galway in the semi-final to reach Sunday’s decider. Cork have had a 100% record in the league so far including a narrow victory over the Cats in their final group game and will relish the opportunity to claim the first silverware on offer in 2017. In their semi-final they never looked in danger beating Limerick 3-15 to 12 points. Katrina Mackey was in impressive form with a personal tally of 1-08 while newcomer Niamh McCarthy showed her skill by raising a green flag after 10 minutes before adding a second in the closing stages.

What was notable in Cork’s victory over Limerick and in the majority of their games so far is their ability to finish games very strong and outscore their opposition in the closing period. Against Limerick they scored 1-03 without reply to put the result beyond doubt and keep their 100% league record intact.

Despite trailing by 2 points at the break in their semi-final Kilkenny ran out 6 point winners over Galway on a score line of 1-14 to 0-11. Ann Downey has used the league to blood new players and the strength and depth of the panel has being a key feature for the reigning All-Ireland champions with many of the starting 15 from September’s All-Ireland final win having to be content with a place on the bench throughout the league. Kilkenny choose to operate very deep against Galway and crowded out the midfield area. When they won possession they showed tremendous fitness levels to play a passing and running game and attack the Galway defence as a team with runners constantly coming off the shoulders. Inside they have players of the calibre of Katie Power and Miriam Walsh both great finishers while they also have the ability to shoot and score from deep with Denise Gaule and Julie Ann Malone all registering fine scores in the semi-final.

With only a point between the sides when they met earlier in the group stages Sunday’s mouth- watering clash is very hard to call. Both sides love playing each other and always raise their game when they meet. With championship only 7 weeks away a win for either side will set out a great marker and give them an excellent boost as they kick off preparations for championship. For Cork there is the added motivation of getting one back on the side that defeated them in Croke Park 6 months ago.

The fact that manager Paudie Murray and big names such as Gemma O’Connor and Rena Buckley have elected to stay on means that they feel they certainly have some unfinished business. On Sunday though I think their 100% record will come to an end as this Kilkenny team continues to grow in confidence and maturity. Winning the intermediate crown last year also has given Ann Downey and her team lots of players to work with and with everyone biting at the bit to make the team, competition for places is immense and that can only lead to improved performance week in and out. For that reason alone I think they will see off a very stiff Cork challenge by a couple of points.