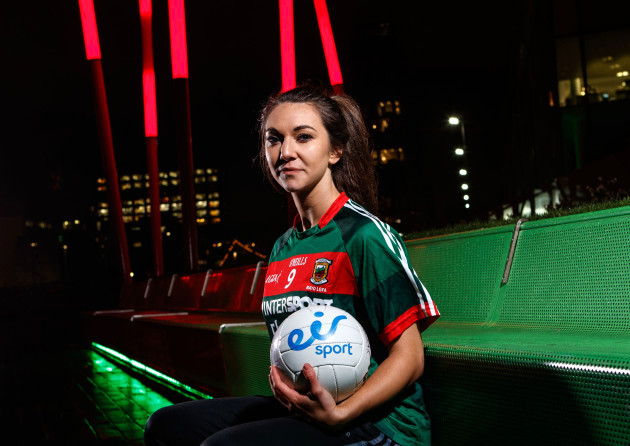 side off to a flying start with a great goal. During the first half, the Premier County had a fierce challenge with scores coming thick and fast from Mayo who were in front 2-09 to 0-4 as the end of the first half approached, Tipperary’s efforts were evident and they certainly weren’t giving up at all.

The Yew County started the second half off to with two sensational goals from Crosmolina//Lahardane/McHale Rovers Rachel Kearns, Moy Davitts supreme talent Grace Kelly and the versatile full-forward Rachel Kearns showing what great leaders they are with scores from both girls.

side on at centre-half-forward but Mayo were like young Spring lambs on what was most definitely a damp & misty day weather wise.

What impressed me most was the versatility of Rachel Kearms who is now playing in the forwards, Kilmovee Shamrocks Sinead Cafferky, Moy Davitts ace Fiona Doherty and Knockmore’s up &amp; coming talent Roisin Flynn were very influential during both halves.

As the old saying goes it was most definitely a game of two halves especially for Cara McManamon, who was very unlucky to have to leave the field due to injury despite having a very good first half.

Not to be outdone at all Aisling Moloney and Elaine Fitzpatrick came firing out with some good scores, they were intent on not giving up at all.

Aisling Moloney once again drove her team while Roisin Howard, Angela McGuigan, Ava Fennessy and Caitlin Kennedy all deserve equal mentions for chipping in with some fine scores.

But the day belongs to Mayo who in the first League opener of the year for the Western side they ended it very well by showing a statement of intent with a very exciting 2019 season to come for Peter Leahy and the Mayo Ladies.