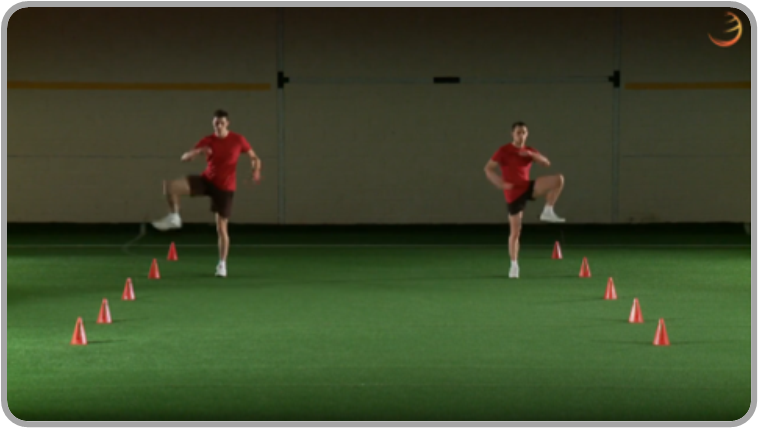 This is a 6 part series describing a typical G.A.A. club year in Ireland.

Introduction to a typical G.A.A. Club player in pre-season

Are any of these guys your team mates?

This lad comes back training every year, 2 or 3 stone over-weight after drinking and eating excessively over the winter. He will be towards the bottom of the fitness tests and will take time to lose the weight. He will start eating more sensibly as the year move on and will probably get himself into proper shape by summer time after he is left out of the starting team for the first few challenge games.

Paddy has been in the gym since the week after the club were knocked out of the championship. He has trained about 5 or 6 times a week since then. He has barely touch a drop of drink or eaten a bag of chips in the last few months. He will lead out all the runs and everyone will be cursing him for been so fit. He has probably peaked too soon and will be burned out by the time championship comes around.

This guy is turning over a new leaf this year. He had a terrible attitude last year and missed loads of training. He is the first up at training and is putting in a massive effort. He stays off the beer for the first 6 weeks, including staying off the booze for his Sister’s wedding as he had training the next morning. He plays the first game and plays poorly so goes for a few pints after it. He misses 6 out of the next 8 trainings. Looks like Joe is back to last year’s Joe!

Mikey is coming out of retirement for the 5th year running. He must be about 38 now. He convinced everyone after the championship defeat that he was definitely retired. He turns up for the first night to see what’s happening. This guy just can’t pack it in. He would miss the dressing room banter too much. He is not the fittest but he is so determined he will make sure he is near the top of the pack in the fitness runs.

This guy is back so that means the physio table is out! The groins are sore, the hamstrings are tight and the hips need to be replaced. The first set of runs are done and the hammy gets tight so Bertie skips the last few runs and goes in early for a rub. He will miss the worst physical sessions of the pre-season training programme. He will miraculously make a full recovery in time for the first championship game. Bertie knows when it is a good time to get a “tight” hammy.

This guy has a natural high fitness. He is in the pub every weekend. He will skull pints on a Saturday night and then turn up for a challenge game the next day and be one of the best players on view. In the physical training, he is setting the standard from the front. Nobody including himself knows how he does it. He is the envy of the whole squad! Everyone knows it wont last forever though.

We all know guys like Tony. He has fancy new white boots, new shorts, socks and a new county jersey for the first night back. He is colour co-ordinated. He will be devastated when the physical trainer asks the team to perform exercises on their backs. His new jersey will be destroyed. He will have the socks pulled up too. The same guy will probably have the shampoo for the showers.

This poor lad has trained hard for about 2 months before the team started back training. He has put in a huge effort. Unfortunately when it comes to the team training he is still near the back of the group. He will stick at it though, but he probably won’t improve too much as fitness does not come naturally to poor Pierce.

The next piece will look at what pre-season training is like for clubs in Ireland! We will find out how the 8 lads above are getting on.

Christy Ring Cup: London on course to record back to back...