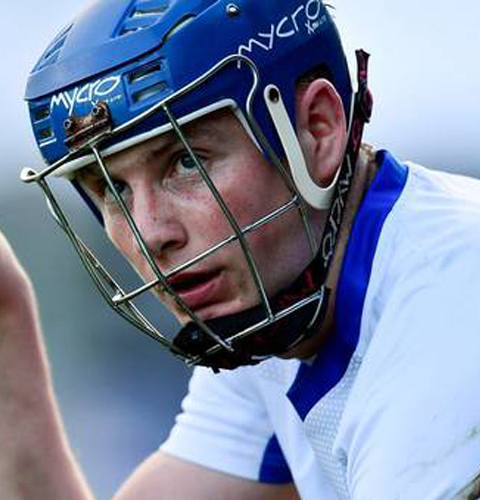 Well what did you think of that then? Needless to say, if the Sky Soccer Saturday crew had been commentating on hurling rather than Gaelic football this summer the phrase “Unbelievable Jeff” would have been uttered. A game few, if any of us, had predicted, and at the end of it Waterford and Galway are playing in an All-Ireland final for the first time in history. Unbelievable Jeff? Well, believe it baby.

So much happened in that game that it’s arguable the post-match discussion would be longer than the game itself. But if we are to put on any type of shape let’s try and condense it into a few sentences. First of all, it was a hell of a crowd. If Cork brought nothing else this year (and they brought a lot) the GAA are indebted to them for coaxing a mass of spectators back to games. Attendances are up 50% or more, and that’s mainly down to the likes of the Rebels, as well as some able assistance from Waterford, Galway, Tipperary and Wexford fans.

As for the game itself, well it started like a house on fire, entered a prolonged lull that seemed to last most of the middle third, before erupting into life in the last 25 minutes. And what storylines. Jamie Barron, as per usual, was excellent, scoring 2 goals of consummate class. If there was a hurler of the year award being handed out tomorrow, his hands would certainly not be far away from it, such is his limitless energy and game intelligence.

In defence Darragh Fives did the best Tadgh De Burca impression known to man. Imitation is the sincerest form of flattery they say, so he obviously picked up something from the master in training. Kevin Moran and Brick Walsh turned back time in their tireless efforts up front. Actually, I say turned back time, but I don’t remember them both being as good as this before. They should be in the autumn of their careers, but they’re playing as if it’s their peak.

On the other hand, Cork will know full well that they saved their poorest performance of the summer for their most important game. Indiscipline cost them dearly in the latter stages of the game, but there was no point of it in which they looked comfortable. It was clear from early on that Waterford had Anthony Nash’s puckout sussed. The likes of Alan Cadogan and Luke Meade in the forwards were squeezed of life, and though Patrick Horgan was heroic, he was one of the few Cork players on the day who could hold their head up high.

But all that is but a preamble for the main talking points. Yeah, you know the ones. The title has suggested as much. So then, Austin Gleeson. He’s a great player, isn’t he? He scored one of the best individual goals we’ve seen in Croke Park in the second half and, just as impressively, laid on one of the most exquisite passes for Jamie Barron’s first goal just prior to that. And we want to see him play in an All-Ireland final? Of course we do. The opportunity to see him in a shootout with the other heir apparent to the king of hurling throne-Joe Canning-is as mouth-watering a prospect as anyone can countenance. But does he deserve to play in an All-Ireland final? Well this is a question that we, and I’m sure the hurling authorities, will be debating for a long time over the weeks to come.

It’s amazing, we’ve hardly had a week go by in the Championship this year, that didn’t involve some sort of helmet fiasco: There was Shane Bennett against Cork in these sides original fixture in June, Adrian Tuohy’s one against Tipperary last week, and of course Tadgh De Burca’s in the Wexford fixture only a few weeks ago. Of those, only Tuohy’s, which was the least obvious “deliberate” interference, was not punished with a suspension, and even then, you could claim the Galway man was fortunate to escape sanction.

Now if the GAA don’t want to upset the applecart too much they could just say that the referee didn’t see it, or didn’t think it was worthy of attention. But with the amount of media attention on this and the howls of derision that would greet them if they ignored it, it may be best to suspend Austin by the letter of the law. Now that would be awful and nobody wants to see it happen. But if justice is to prevail, then that’s what needs to be done.

If he is suspended, the argument would be that he’s being unfairly treated. The counter argument to that if the issue had been dealt with, as it should have been, during the game, Waterford may not have been in the final at all. We saw, with the sending off of Damian Cahalane in the second half, how these incidents can massively alter the result. If Gleeson had been sent off in the first half, what would actually have happened? Would Waterford have persisted with 7 defenders for the rest of the game knowing they were short an extra forward up the field? Would the Deise have been within sight of their opponents when Cahalane got dismissed in the second half?

Cahalane’s sending off just highlighted the inconsistencies of the card system in our game. Gaelic football fans have often complained that Hurling is not policed as strictly as their game, and what constitutes as “cynicism” in football is often deemed just part and parcel of hurling. But to this observer’s eyes at least Cahalane’s first yellow card was a nothing challenge, ever so slightly mistimed, that was an unfair booking. His second on the other hand, could have been a straight red of itself. It’s the exact type of high and dangerous tackle that the game should be trying to eradicate. So Cahalane was probably deservedly sent off, but in a roundabout way to what should have been.

Then of course, there was the other Gleeson getting involved in a furore later on in the game. Now, as regards force, what Conor did seemed moderate enough. It certainly wasn’t a serious belt on Patrick Horgan, but if we are to apply the letter of the law, and that’s what the organization is trying to achieve, then he probably deserves a suspension too. We’ve had a disciplinary system in the GAA, that’s been too lenient, and susceptible to loopholes for too long. So, while strict action is unfortunate for those involved, it’s necessary to avoid repeat offences in future.

If there’s one thing that’s been evident about the side this summer it’s the seemingly endless strength of their panel. The impetus that the likes of Maurice Shanahan, Tommy Ryan and Brian O’Halloran gave them in the second half was there for all to see. They have, probably, the strongest squad in the country. And besides, they’ve already used Tadgh De Burca’s loss as motivation to get them to a final. Now they can use the Gleesons’ probable absence, as further drive to spur them onto the All-Ireland.

But all of this should not deter from the achievement of a team, who are reaching only the fifth All-Ireland final in their history. Whatever about breaches of discipline, the performance of the Suirsiders was one of their best ever in Croke Park, and richly deserving of an All-Ireland final spot. And what a prospect that is. Isn’t it great to have a final where 2 teams have been so deprived and deserving of success for so long? I, for one, cannot wait. The only questions for all us neutrals is, who the hell are we going to support?

6 Young Players to look out for in the Munster Hurling...