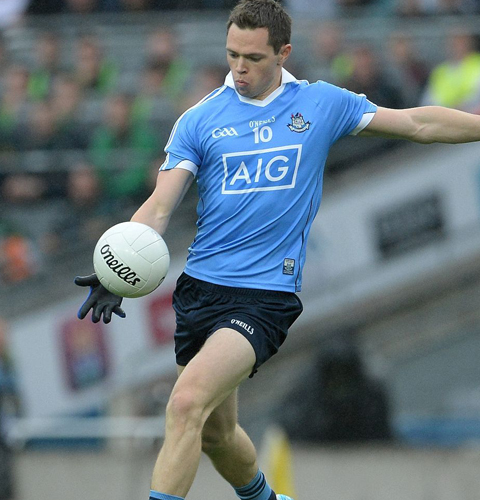 Strange as it is to say, even though Dublin are playing an All-Ireland semi-final on Sunday in front of a probable full house, this is just the second most appealing game of the weekend. Mayo and Kerry was just so damn enjoyable last week, that football fans are licking their lips at the prospect of round 2 on Saturday. You can’t help but have a slight feeling of “After the lord mayor’s show” about this game.

In a sense, that’s unfair. This match-up is bound to be massively intriguing in its own right, but whereas the Mayo Kerry rematch promises to be a bouncy open affair, what we get here might be somewhat different. We could be looking at a repeat of what the Dubs and Monaghan served up a few weeks ago. Or, perish the thought, a repeat of what Dublin and Donegal served up six years ago.

Here’s a few things we know to be true. Dublin and Tyrone served up a gritty, if not exactly enthralling, 1-07 to 0-10 draw in the National League earlier this year. Tyrone are in possession of one of, if not the best, defensive systems in Gaelic football. They are also lacking a forward in the class of Peter Canavan/Stephen O’Neill/Eoin Mulligan etc. Given those factors then, it doesn’t really make sense for them to enter a shoot-out does it?

Now in the side’s defence (not the blanket one) Mickey Harte and co have found a way to compensate for their lack of free scoring forwards, and have actually shot a highly respectable 24-point average so far this championship. But when you come into the white heat of a battle against the likes of Johnny Cooper and Philly McMahon, you’re hardly going to be hitting the same levels are you?

Then again, Dublin aren’t either. In the last 5 league ties between the sides Dublin have only won 2. Two more have been drawn, while one has been lost.  The average score Dublin have hit during that time has been 15 points. So, if Dublin score more than 15 points in this tie, it will be a surprise. And if they break up that with a goal then, that could be a complete game-breaker. Of all the bets of the weekend, the 11/2 wager on no goals in this fixture looks the best one.

So, what we can expect from Tyrone is something along the lines of what we have seen the last few years. Double sweeper, Colin Cavanagh in defence looking to intercept and break up the field. Peter Harte and Tiernan McCann running from deep. Swift  transitions with a lot of hand passing and a few high percentage kick passes. They will try and score from near around the 21 as much as possible. But will that be enough?

The old 00’s stalwart Enda McGinley said on the Second Captains podcast this week that while it’s all well and good for Tyrone to be disciplined and controlled, they need something more in order to win this game. Specifically, he mentioned the side needs a level of intensity and tackling that is more reminiscent of their old style.  The whole philosophy/perception of Tyrone football is almost entirely based on that one game back in 2003 when they came to Croke Park against Kerry and tore them to shreds like a pack of ravenous dogs. So why not bring something similar this Sunday?

With Dublin it’s different. They will know that every side that has faced them this season has come into the game with the same attitude, namely “How do we stop the Dubs?”. They then have to second guess what the opposition does, and come up with a counter solution. So they will try and not over-commit, like they did against Donegal in 2014, will most probably give up the opposition kickout, will work the ball slowly and methodically around the defence and then, if possible, either manoeuvre the ball into a scoreable position, or rely on the brilliance of their forwards to be able to point from long range.

A lot of attention will focus on the Dublin selection process and the “will he won’t he play” saga of Diarmuid Connolly. But if you’re Jim Gavin, the more important question may be who the hell would you leave out? Dean Rock has been one of the most consistent free takers in the game over the past few years, as well as contributing goals in each of his last 3 games. Paul Mannion has been their top scorer from play this year. Cian O’Callaghan scored six points from play against Kildare only 2 games ago. And Paddy Andrews, Jack McCaffrey and Ciaran Kilkenny have all contributed a lot.

So with Connolly hardly likely to be match fit, the most prudent course of action may be keeping him on the bench for the early stages. And imagine the psychological lift that it would give the Dubs supporters in the crowd when the prodigal son arrived with the game in the melting pot in the last 20 minutes or so? It would be something similar to when Kerry could afford to bring Maurice Fitzgerald into games back in the early 00’s.

Tyrone will know that, in a sense, this is a must win game for them. If they can’t beat the All-Ireland Champions this time, will they be able to do so next year? They are at a stage of their cycle that is pretty much their peak. Maybe next year they’ll be stronger, but if Dublin do win 3 in a row this year, you could argue the

psychological hold they have over the challengers will become even more difficult to overcome next season.

So expect the proverbial kitchen sink and more to be thrown by the Red Hand this weekend. Dublin won’t relish this game. If it’s as dogged as we expect it to be, maybe the neutral won’t relish it either. But while Dublin clearly respect Tyrone, it’s hard to see them being beaten.