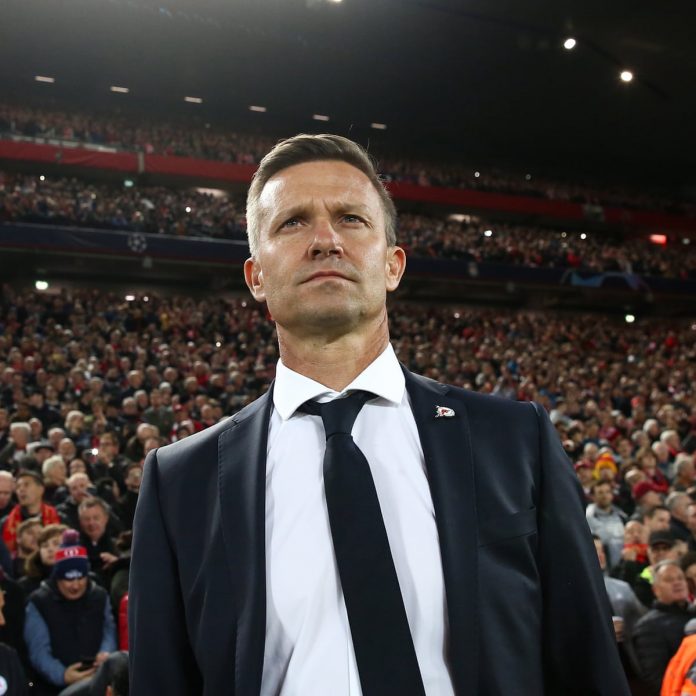 Jesse Marsch is odds on favourite to become Leeds Utd’s new head coach following the sacking of Marcelo Bielsa on Sunday afternoon.
The former RB Leipzig boss, left the German club in December and also coached in his native America where he was in charge of the New York Red Bulls. Marsch has to wait on a work permit before he can take over at Elland Road.
Leeds sacked Bielsa after their 4-0 defeat at home to Tottenham Hotspur. This came after their 6-0 defeat to Liverpool at Anfield on Wednesday night. The Yorkshire club are 16th in the Premier League table, two points off the relegation zone, with others behind them having games in hand.
Bielsa’s contract was due to expire at the end of the season. Speaking to the club’s website Leeds chairman Andrea Radrizzani said “This has been the toughest decision I have had to make during my tenure at Leeds United, taking into account all the success Marcelo has had at the club.”