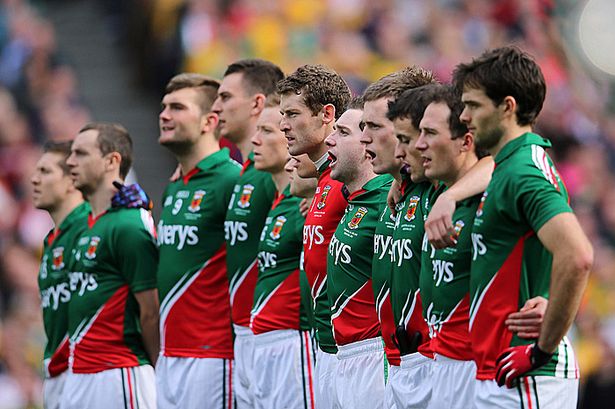 As the final whistle sounded on Sunday and the curtains were drawn on Tipperary fairy tale run in this year’s championship, Mayo found themselves in a familiar situation. Over the next few weeks they will be preparing for their third All-Ireland in the past five years, against either Dublin or Kerry. Having experienced numerous heart wrenching defeats in recent times, they will be hoping for a different outcome under the management of Stephen Rochford. Indeed, there does seem to be a very different feeling around the Mayo team this year.

However, that is not to say that this is a positive change. Where in previous years there has been brimming optimism both inside and outside the county, this time around they have already been written off in many quarters, including by the trio of Spillane, O’Rourke and Brolly in the direct aftermath of Sunday’s semi-final. Spillane lamented the fact that Mayo failed to run up a larger score on Tipperary and ‘lay down a marker’ ahead of the final, with O’Rourke also saying that ‘really good teams, crush teams like that (Tipperary)’. Joe Brolly even went as far as to say that Mayo ‘don’t look like they believe’ that an All-Ireland victory is possible.

Is this criticism unwarranted? After all, as the old saying goes, semi-final are for winning.  It is clear that Mayo have not been at their devastating best for large portions of this year’s championship, as can be seen in their failure to capture the Connacht title for the first time since 2010, and yet they will still be in with a shout come the third Sunday in September.

This year, Mayo have been criticised for failing to run up big scores on teams such as Westmeath and Tipperary, as well as their loss to rivals Galway in the Connacht championship. This is in contrast to the last number of years, where they often ran rampage through the provincial championship, with double-digit winning margins the norm.  However, during this period it was being said Mayo were entering the latter stages of the championship still untested. This was often given as the reason why they seemed to lose the close games come the All-Ireland series.

This time round, they will be more battle weary, having already played seven games to reach this stage. After Sunday’s performance, some have already forgotten what Mayo accomplished during the quarter-final, in knocking out Ulster champions Tyrone. Up to this point, Tyrone had been considered by many to be the biggest challenger to Dublin’s dominance. Mayo had been written off in the build up to the game, especially after a rather limp performance against Westmeath in the previous round of the qualifiers. However, on the day they done what was required of them, scraping over the line in a one point victory.

Another problem that plagued Mayo in the past was their tendency to concede cheap goals. Time after time they seemed to be cut apart by the big teams, conceding three goals in their semi-final replay defeats in both 2014 and 2015 (against Kerry and Dublin respectively), even conceding multiple goals to the likes of Sligo. However, the defence seems to have been shored up somewhat this year, with the team conceding only three goals in total thus far, with more than one yet to come in a single game. Obviously this record will be challenged against either the Dubs or Kerry, but there are signs that Rochford’s decision to implement a sweeper at the back is paying dividends. In the lead up to the semi-final, Kevin Mclaughlin performed exceptionally well in the role, most notably against Tyrone. Against Tipperary, Rochford placed Barry Moran in front of the full back line in order to counteract the opposition’s aerial threat.

This move stopped Tipperary delivering long ball into their full forward line, something which they did to devastating effect against Galway in the quarters. While Spillane labelled this change in tactics from Mayo as a sign of weakness, I would argue that it shows a sense of awareness and game management that was perhaps lacking in other years.

Their situation is reminiscent of Portugal in the UEFA European Championships this past summer. Like Mayo, Portugal did not play at all well in the path to the final. After their early performances, not many gave much hope of lifting the trophy, however they continued to scrape by in each round. They faced a team in the semi-final in Wales who were on a cinderella run, who they beat by a comfortable margin, despite playing poorly, just as Mayo did to underdogs Tipperary. They were then to face the tournament favourites in the final, and were expected to be beaten.

Does this not sound remarkably similar to Mayo’s run in this year’s championship? Of course, we all know what happened in that final, as Portugal stunned the hosts France on their home turf. If Dublin were to overcome Kerry, it could be said that Mayo would face this same situation. Of course Mayo would also hope that Cillian O’Connor or Aidan O’Shea would not suffer the same fate as Cristiano Ronaldo did on that night in the Stade de France!

Mayo are not the team they were in previous years, but unlike many others, I am not considering this to be such a bad thing. Mayo have not reached their potential as of yet this summer. They will go to Croke Park on September 18th as underdogs and it is likely that there will not be much expected of them in the build up to the match, at least in comparison to  2012 and 2013. Of course, this all may suit this Mayo team. There is indeed a very different feeling to Mayo during their run to this year’s final. Perhaps the outcome will be different this time too.