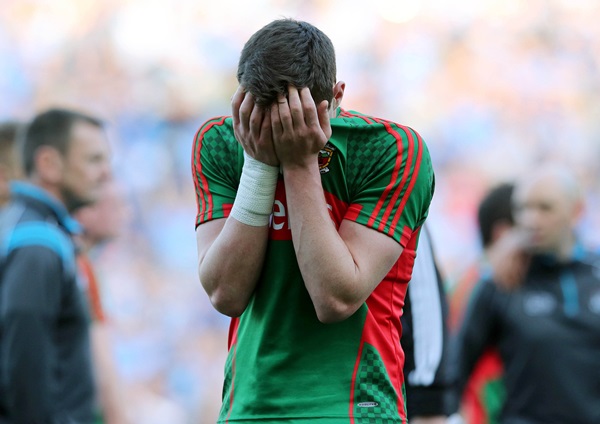 Picture the scene.  Late night. Hollywood. It’s a dimly lit smoky room with coffee cups and pieces of paper strewn all over the place.Two old and weary screenwriters are working together on a jaded sports film script. It’s entitled “Mayo you never”. They’ve been working long and hard at it and they’ve come up with some good stuff: curses, priests… But it’s late at night, they’re tired and, understandably, they’re running low on ideas.

Screenwriter 1: “Ok we’ve done this every which way. We’ve had them losing in finals by getting thrashed, losing by a point, losing from the front, losing after a mass brawl, losing after missing a load of chances. We need something new”