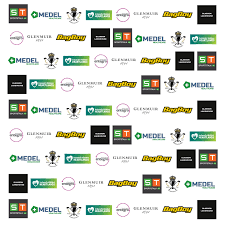 Lynn McCool, Director of Golf at Glasson Golf Club, has thanked the sponsors who have come on board for the International King’s Cup. The competition will be played at the Midlands venue next month.
It’s an amateur pairs golf tournament, played between Team Ireland and Team USA.
Every level of golfer represented. Team USA will fly into Ireland and will compete over three days at Glasson Golf Club
McCool said: “The tournament is going to be played in its sixth year and it’s great to see the sponsors coming on board. We have great partners this year. We have Medel Healthcare, we also have Entegro, we also have Ireland Hidden Heartlands – and why not sure we’re in beautiful Glasson here right in the centre of the country, and then we have Glenmuir and Bagboy on board.”
She went on to say what each player will be gifted. “Each player that is on the team will be presented with a bespoke golf bag. The American one will have the Stars and Stripes and the Irish bag will have the Shamrock. That’s a great addition for the players.”
Sportstalk are delighted to be official media partners for this tournament; a huge step forward for our independent media team.