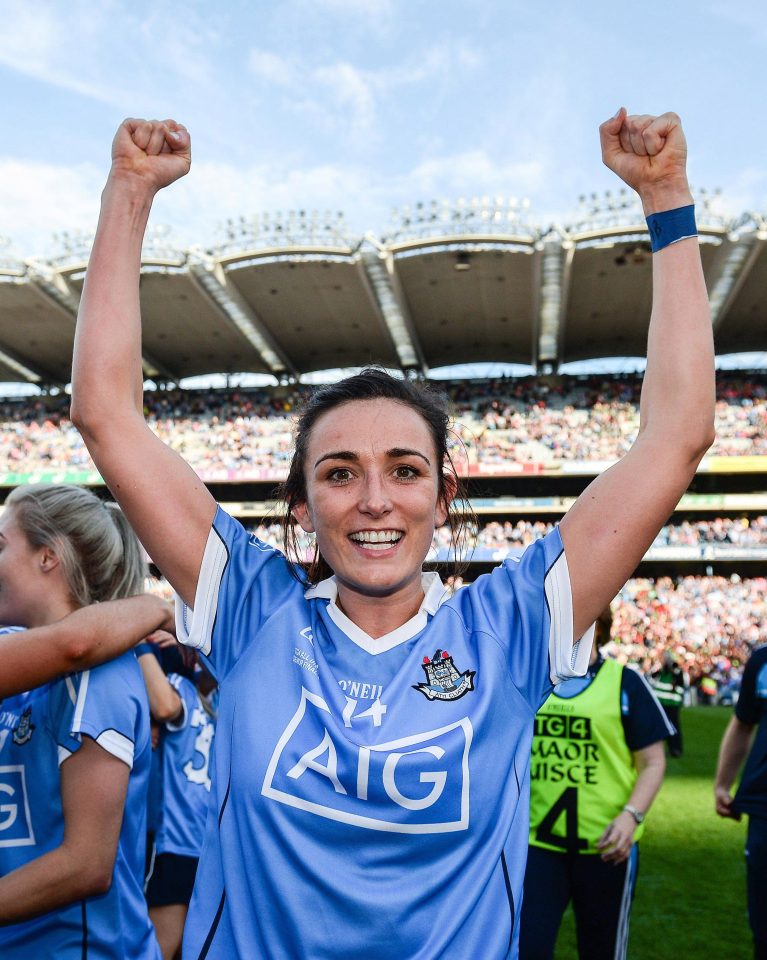 Dublin are through to the All Ireland semi final after a lovely second half that saw them dispatch Kerry on a scoreline of 3-19 to 1-07. This sets up a mouthwatering clash against in form Galway on August 25th just two weeks away.

The Munster women can be proud of their efforts and with the scoreline reflecting a little harshly on them. As for much of the first period they had Dublin’s measure,  just lacked that finishing touch that Dublin had in spades. This was evident in Dublin’s opening score which was worth the trip alone. A remarkable move that had everything you coach in it, good off the shoulder running, quick neat hand passing, a fine score at the end but the glue holding it altogether was excellent decision making and execution.

Kerry captain Sarah Houlihan was lively early on and got rewarded with a fine score on 9 minutes to get Kerry of the mark but it wasn’t until the 15th minute when Emma Dineen buried a three pointer to kick them ahead and put doubt in the Dubs mind.

Dublin were very wasteful in the first half and while they had the hard working Nicole Owens on a lot of ball they seemed to delay or misplace the final pass. Credit to Kerry they defended well and were finding nice out ball to Amanda Brosan who linked up nicely with Sarah Houlihan on a couple of occasions but you always felt Kerry were working extremely hard while Dublin were calmly still figuring out the puzzle in front of them.

Ciara Trent pulled off a class save on 24 minutes, when a simple pass inside would have made certain of the goal. If Kerry were to pull of the shock of the season that needed to go in. Kerry did get another score before half time from Sarah Houlihan to leave it 0:09 to 1:03 at the break.

The question during the half time break was… Could Kerry start the second half on the up and last the pace??

Dublin laid down a marker early in the second half with two quick fire points from Lauren Magee and Lyndsey Davey and in reality we had our answer. It became ever more evident when Dublin correctly switched up their attacking style by breaking fast from the half back line up to just past midfield and letting the ball in early to their hungry weapons inside Niamh McEvoy and Sinead Aherne. Dublin stretched their half time lead to 7 and you felt here we go the real Dublin have finally arrived.

It was Kerry however who rattled off some fine scores to bring the margin back to 4 points and it looked as if Kerry had Dublin on the ropes a little, until up rose Niamh McEvoy like a salmon to captilise on a Kerry defensive error and smash the ball to the back of the net. Noelle Healy then, well did what Noelle Healy does and score a nice running point to kill off any hope of a Kerry comeback.

This was a pivotal few moments in the game with McEvoy, Aherne and Healy on a steady supply of ball now, Dublin were on their way. Dublin’s middle eight worked tirelessly throughout but none more so that Nicole Owens who chipped in with a well deserved point to leave 10 in it with almost 15 to go and you could see know way back for Kerry. Indeed it go worse when on came Hannah O’Neil to grab a quick 1-1 and the icing was put on the cake by the ruthless player of the match Sinead Aherne.

Dublin maybe disappointing with their opening 40 minutes but when they look back on it they can be happy with a fine performance as they solved the puzzle of Kerry as good as they could have hoped. Kerry on the other hand will be livid with some of their goal chances spurned but this is a Kerry team improving all the time and will be stronger for it next year.

Division 1 and 2 titles down for decision Sunday