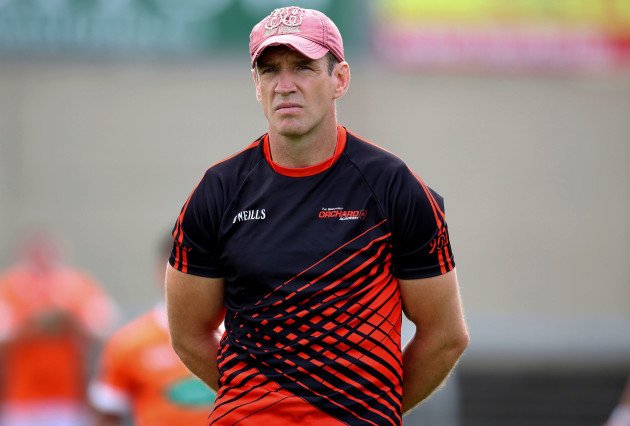 It proved to be another frustrating day for Armagh manager Kieran Mc Geeney as they had to settle for a second draw in this years league campaign. Clare’s David Tubridy dragged his side back from the brink with 1-7, his added time goal from a sideline, perhaps fortuitous but enough to secure the share of the spoils.

Armagh looked good  early on and through Greg McCabe and Rian O’Neill they looked set for a win at Newry, Mc Cabe with the Orchard goal. Much to the annoyance of Mc Geeney indiscipline caught up with them with Aaron Mc Kay picking up a second yellow. Jamie Clarke had received his marching orders in the first half.

McGeeney had major issues with that late goal, Clare’s first goal and the red card for Clarke. Meath referee Cormac Reilly was satisfied that Gavin Cooney’s fisted effort late in the first half was deflected into the net by an Armagh hand and that Tubridy’s last-minute strike did in fact cross the line. The Armagh boss took the opposite view in both cases, he also heavily implied that histrionics from Kevin Hartnett had resulted in Clarke’s sending off.

Clare had led by two at the break but Armagh were the better team in the second half although it wasn’t enough for them to secure the win.