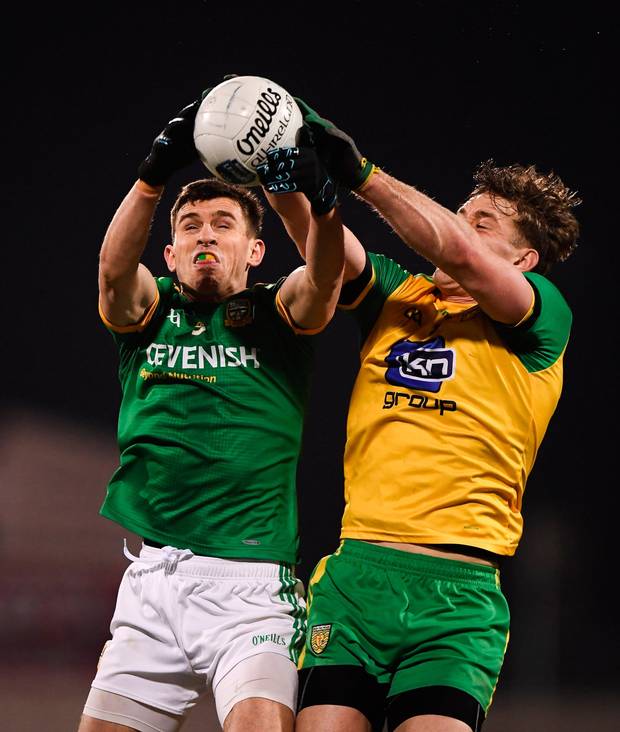 It has been an emotional week in Donegal and the four young men killed in a road accident were not far from the minds of those in Ballybofey on Saturday night. Donegal manager Declan Bonner spoke afterwards about how those deaths had affected the entire community and his players, it made the win over a quality Meath side perhaps all the more important.

Meath bossed this contest played on a constantly freezing pitch and they led 0-8 to 0-7 at the break. Donegal started well with early Jamie Brennan and Ciaran Thompson points, It was Meath though who impressed, Mickey Newman, Shane McEntee, Darragh Campion and Niall Kane were all on target while at the back they snuffed out attack after attack, assured and confident although Thompson with 0-3, two from long range frees kept Donegal in the  chase.

It was score for score but as Meath led by four in the final quarter Eoghain Ban Gallaghers long probing ball caught Meath goalkeeper Andrew Colgan off guard and Caolan McGonagle nipped in for a goal with Thompson levelling things a minute later.

Donegal forced the issue and after hitting three wides Eoin McHugh hit the lead point just into injury time with Jamie Brennan adding the insurance point with the final attack.

Tyrone and Meath send out early warnings in the Ladies Intermediate...