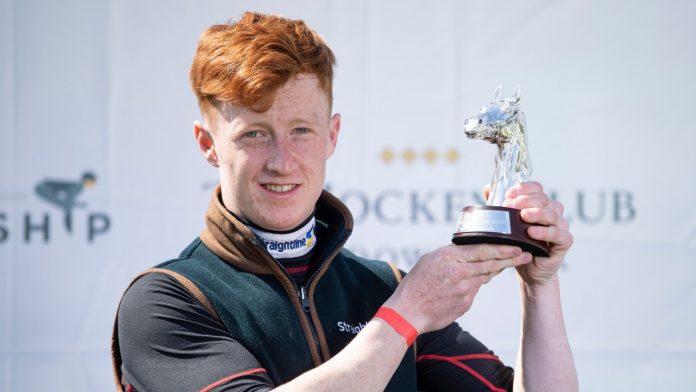 Last year’s Champion Conditional jockey Danny McMenamin is expected to be fit for the Champion Hurdle following a heaving fall at Musselburgh on Wednesday.
The Downpatrick jockey took a tumble from Home Fire in the two-mile hurdle at the Scottish race track but is expected to ride Tommy’s Oscar in the Unibet Champion Hurdle at Cheltenham.
X-rays showed that there was no serious damage to McMenamin’s neck. His agent Richard Hale said: “He got knocked out, so he’s had his X-rays. They were clean and he’s OK.
“He went to get X-rays on his neck and all was fine. It’s just a case of passing a concussion test now in a week’s time.
“He should be back for the Champion Hurdle anyway. He should be all right as long as he passes his concussion test.”
McMenamin has won six times aboard Tommy’s Oscar. He recently won the Champion Hurdle Trial at Haydock. Epatante and Adagio are just ahead of the seven year old in the betting for the Champion Hurdle.