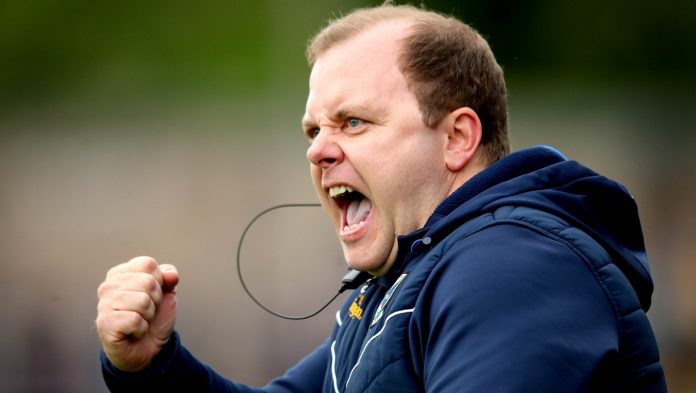 For Longford GAA supporters Cavan’s Ulster championship success last Sunday was akin to Mullinalaghta winning the Leinster Senior Club championship back in 2018. Neither side were given much of a chance but they defied all the odds to claim silverware. The fact that both teams had Mickey Graham was manager says a lot.

With a Cavan mammy I support the Breffni Blues (well, when Longford aren’t playing). I was lucky to be in Croke Park in 1997 when they played Kerry in the All-Ireland semi-final. I liked Mickey Graham as a player and because of work I got to know him really well as a manager and person over the last number of years.

What you see is what you get with Mickey Graham. He is honest and wears his heart on his sleeve. Players have respect for him and he has respect for them. With Mullinalaghta and now, Cavan, he instilled a level of confidence and belief in them.

Mickey had been manager of club teams in Cavan and Longford as well as the Cavan minors before he became Mullinalaghta manager. In his first year in charge (2016) he led the club to their first Longford Senior football title in 66 years. Then Mullinalaghta captain Shane Mulligan told me: “Mickey just fit like a glove with all the lads and the people of the parish. He has a great time for us and we for him. Right from the start it clicked and we have reaped the rewards. He is a fantastic manager and we are delighted to have him.”

Under Graham Mullinalaghta embarked on a memorable journey that included three Longford SFC titles in a row and ended on February 16th, 2019 in Semple Stadium, Thurles when the Longford club were beaten by Dr Crokes in the All-Ireland Senior Club semi-final. That was Graham’s last game in charge as he had already taken over the reigns at Cavan. Mulligan said at the time: “We are indebted to him now for what he has done for us. He owes us nothing. It’ll be with a heavy heart we’ll send him back to Cavan.”

Before the Crokes game Graham knew his time as Mullinalaghta was nearing an end and he was emotional thinking about that: “I know this journey is coming to an end. The hardest part for me will be leaving the boys. It’s just going to be so difficult.”

To think when Graham took over Mullinalaghta the aim was to win just one County title. They ended up in the history books being the first Longford club to win a provincial title. He said: “When I first arrived their dream was trying to win a county championship. That was it. It was just the one. When they won the first one they were happy to do that.”

After the Leinster Final I remember Graham saying to me: “This shows there is still life in an underdog and there is hope for smaller clubs out there. This is just a win for every rural club throughout the country.” I think you can say the same about Cavan.

No matter what happens against Dublin, this is bonus territory for Cavan, but with Mickey Graham in charge, anything is possible. Believe. C’mon Cavan!