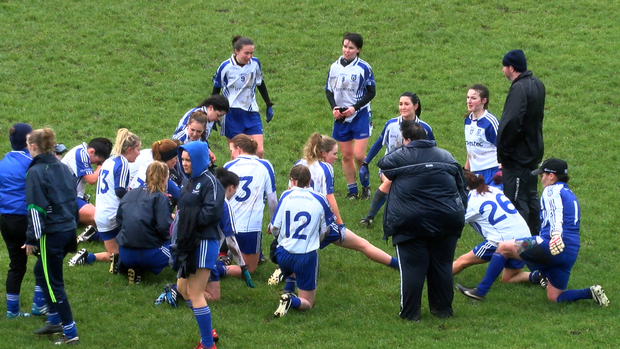 After 27 years of being in the top division of the Ladies Football League Monaghan suffered relegation to Division 2 on Sunday last after losing to Tipperary.

Speaking on this week’s Sportsgirls Podcast Monaghan native Nuala Mohan who is now captain of Carlow spoke about the relegation: “It’s very tough. There is a very proud tradition of Ladies football in Monaghan. I think they are going through a rebuilding phase as well, at the minute. It’s going to be tough going down to Division 2 but there are plenty of opportunities to get back up again next year.”

As Nuala mentioned Monaghan are in the process of rebuilding and will learn a lot despite the drop to Division 2: “There are fantastic teams in all divisions throughout the league. Probably the great thing about the league is that you are playing teams from different provinces that you are not going to be playing in the championship. You learn more about your team when playing teams you don’t play regularly. That’s probably the best way to be looking at that.”

She believes the aim for the Farney County next year is to recover and get back to Division 1: “Their main focus at the start of the year will be the league and to gain promotion. When they have that drive they’ll be trying to come up again next year.”