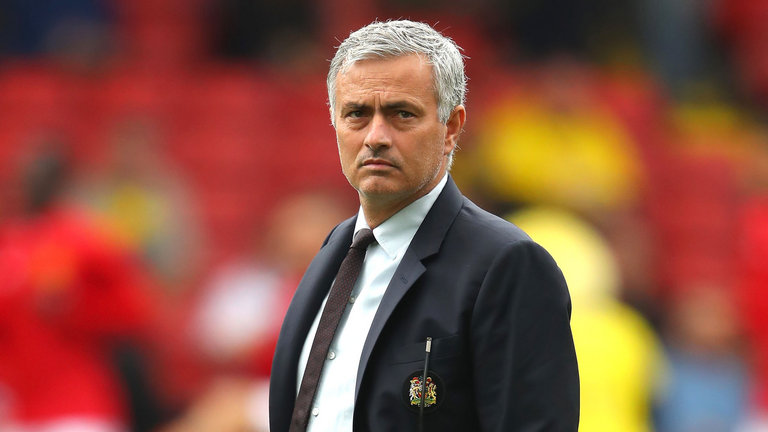 Prior to last Monday’s game between Liverpool and Manchester United, there was a great expectation of the spectacle that would be offered up. The Sky Sports hype machine went into overdrive, with adverts of so-called ‘Red Monday’ being shoved down our throats at every opportunity. It was a billed as a clash between two great rivals, both of whom were in the beginning of new eras at their respective clubs. In Klopp and Mourinho, two of the biggest names in management were also on show, and both sets of fans expected a feisty encounter which would be played at one hundred miles per hour.

However, the game did not play out in such a manner, nor was it ever going to. That is simply not Mourinho’s style. While Klopp’s Liverpool attempt to press their opponents high up the pitch and play the game at a frenetic pace, Mourinho’s sides always take a more cautious approach. The United boss was criticised in many circles by both the media and fans in the aftermath of the game, with his approach to the game being labelled as far too conservative for a team such as Manchester United, a team that always attempted to play on the front foot, and who always adopted the ‘Manchester United way’. But this is not Sir Alex Ferguson’s team, and the way in which Mourinho set up his side for this game should not have been a surprise to anyone. He has never adopted a free flowing philosophy during his management career, and has come under scrutiny for this in the past, most notably during his time at Real Madrid. Their approach on Monday night attempted to take the sting out of the game, to nullify the threat of a previously rampant Liverpool side who always try to play the game at an incredibly high and demanding pace, and it worked. Liverpool were limited to two chances throughout the contest, neither of which were exactly clear cut. The game petered out to a 0-0 draw, with the home side visibly frustrated by the game’s end. It was remarkably similar to Mourinho’s victory over Liverpool while in the Chelsea hot seat in April 2014, a match which is now infamous for that Steven Gerrard slip that denied Liverpool their first title since 1990.

These are the same tactics that we have seen from Mourinho’s teams countless times before, especially in games away from home against strong opposition. But what differed this time around was that his side seemed rather toothless in attack. While United were incredibly organised in defence, they did not offer a threat up front. Yes, Ibrahimovic did have one chance to score from a header during the second half, but overall it was clear to see that they did not look at all likely to capitalise on their strong foundation at the back. They struggled to transition from defence to attack, finding it difficult to retain possession while coming out of their own third of the pitch, far too often resorting to hoofing the ball in the general direction of Ibrahimovic. Utilising the counter attack is something that Mourinho’s teams have done to devastating effect in the past, so why was it not possible this time around?

Is this the fault of the manager, or does he simply not have the players at his disposal to play in this way effectively? This may seem like a ludicrous thing to say about a team which has spent vast quantities of money in not only the summer gone by, but also in a number of other recent windows. But these are not Mourinho’s players, they were not bought to fit into his style of play. We can look at Juan Mata as an example of this. While Mata is undoubtedly a talented player, he is one who Mourinho got rid of from his Chelsea side in the not too distant past for the simple reason that he did not fit into his style of play. This same player is now expected to be a key player in this team. Mourinho has not changed his philosophy, so how exactly can the outcome for Mata expected to be different this time around? Even with the money which was spent last summer, there have not been instant results. Both Eric Bailly and Henrikh Mkhitaryan have struggled with fitness, while Pogba’s reintroduction to the Premier League has not been as seamless as many had predicted. Even Ibrahimovic, who hit the ground running at the start of the season, has found the going much tougher in recent weeks, a trend that may well continue as the games begin to come thick and fast and with Zlatan having recently celebrated his 35th birthday.

Spending vast amounts of money in the market is not the guarantee of success that it once was in the past. When Mourinho took over Chelsea for his first spell in 2004, he oversaw a spending spree the likes of which had not been seen before. It produced instant results, with league titles won in both of his first two seasons. It seemed he attempted something similar at Old Trafford this time around. However the marketplace is much different to what it was 12 years ago, with greater competition from not only the European heavyweights, but also closer to home with the recent influx of television money into the Premier League. Player prices have spiralled out of control, with perhaps no better example of this than the fee United were forced to fork over to Juventus for Paul Pogba.

Mourinho knows that he has taken on a project in Manchester. He has not walked into a comfortable situation, such as he did at Chelsea or Real Madrid. It was a team that have been without any real sense of direction ever since the departure of Sir Alex Ferguson. While the performance against Liverpool was not the most memorable or spectacular, even being difficult to watch at times, it did offer hope to United fans. It is evident that Mourinho is putting his mark on the side. It was a typical Mourinho performance, only he is lacking the quality he had at his disposal at previous clubs. He will organise his side, and each player will know what is required of them. This is something that seemed lacking under both Van Gaal and Moyes. United fans may not see the attacking football that they desire, but this is what they signed up for with the appointment of Mourinho. He is not a manager that is concerned with the aesthetics of a win, he is only concerned with the result. This is a results business after all.