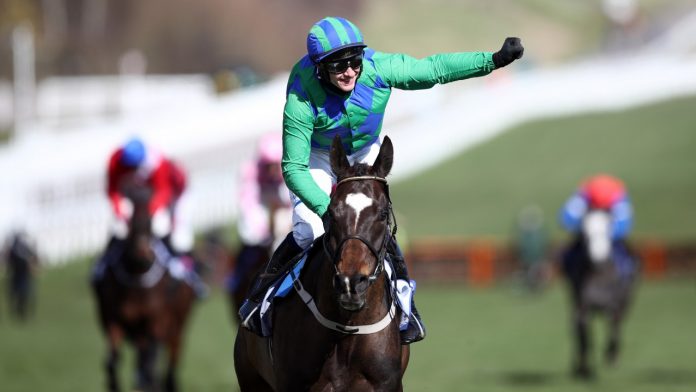 Willie Mullins is optimistic that Appreciate It can provide him with a fifth Champion Hurdle success. The Unibet Champion Hurdle at Cheltenham will be the horse’s first start of the year.
Appreciate It hasn’t been in competitive action since its success in the Supreme Novices’ Hurdle at the 2021 Festival.
Mullins said: “Appreciate It looks to be in great form at home. I had him away for a gallop last week and I was very, very happy with him; he galloped very well.
“I’d say we have a good record with running horses first time out at Cheltenham. I don’t know we’ve done it in a Champion Hurdle, but obviously we did it with Quevega and Joe Cullen would have won first time up (when winning the 2000 Champion Bumper).
“It’s not something I’m worried about. I made the decision ages ago and the closer we’ve got, the happier I am that we didn’t have a run.”
Mullins knows the difficult task ahead for Appreciate It as he faces defending champion Honeysuckle. He said: “It’s a big challenge for any horse to take on Honeysuckle. She races anywhere Rachael (Blackmore) puts her and there doesn’t look to be much in the British Isles that can beat her, anyhow.”