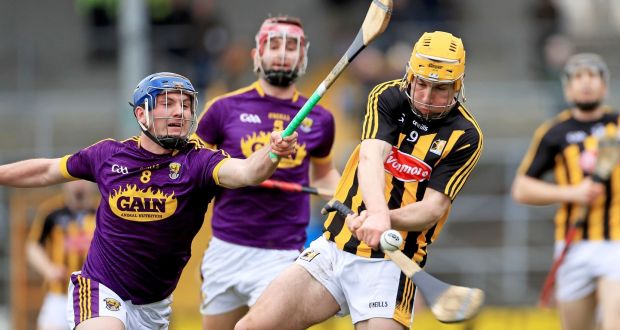 Before we get on with the business of predicting an outcome in this game, let’s do a bit of revision of what’s gone on in the recent past. In the 2 and a half years since Davy Fitzgerald became manager of Wexford, these sides have faced off 10 times in League, Championship and Walsh Cup. 4 of those games have ended in Kilkenny wins, 4 of those have been Wexford wins and 2 have been draws. The sum total of Kilkenny’s scores is 7 goals and 183 points(204). Wexford’s sum total is 8 goals and 184 points (208). Needless to say, if there was a distance between them, it would be the width of a cigarette paper.

So you couldn’t really say you could predict what was going to happen on Sunday with any degree of certainty. It’s going to be close; yes, claustrophobic even. There will be hard hits, there will be rucks for possession. Scores, particularly goals, will be hard to come by. There may even be a sending off or 2. But trying to back a winner in this one? Next to near impossible.

One myth that seems important to bury though is that playing in Croke Park will give Kilkenny an advantage, as Larry O’Gorman alluded to in an interview this week. The last time Kilkenny won a game in Croke Park was the 2016 Leinster final. Since then, they’ve drawn 2 and lost one of their games there. Sure, Wexford were unsuccessful in their last game at headquarters but they will be buoyed by a massive Purple and Gold contingent (60,000 were present at the Leinster final 2 years ago) in the stadium. If that’s not going to motivate them, then what on earth will?

The game a couple of weeks ago in Wexford Park didn’t really give us any more information than we already know. Yes, Kilkenny’s backs looked to be having a field day, but that’s what happens when your opposition only lines out with 5 forwards. Were Wexford expecting to get more goal opportunities considering how much they are hamstrung by leaving themselves short up front? The good news for Kilkenny is that, bar Paddy Deegan, they’re approaching a full bill of health. Cillian Buckley and Walter Walsh will have benefitted enormously from getting those extra minutes in their legs the last day, and will expect to produce bigger performances next time out. Wexford are also reasonably unperturbed by injuries, though Adam Nolan’s needless red card the last day has deprived them of a vital bench option. And Jack O’Connor must surely have played himself into the reckoning for a starting spot now.

A lot, as always when it comes to Kilkenny comes down to a certain TJ. Now, one must tip the hat to Matthew O’Hanlon in his handling of his old school mate by fair means, and occasionally foul, in the last encounter, but with the greater surroundings of Croke Park, you’d have to fancy the Ballyhale man will get a little more space. And that’s not to forget that, he didn’t actually play that bad the last time. There were no points from play, yet he created a number of scores in the first half and made all his frees. But playing against 7 defenders is always going to be a good deal tougher than facing 6.

There seems to be a bit more maturity about this Kilkenny set up now than there was when Davy first arrived on the Wexford scene a few years ago. Now this is a Kilkenny team that knows what it’s like to play against a sweeper, and though they can’t really rely on Adrian Mullen to hit the target as much as last time, they will be hoping that TJ, Colin Fennelly and a particularly wayward Richie Leahy, will miss less. So it’s a tight call and you could barely say which way it’s going to go, but the extra bit of class may just tip the scales in Kilkenny’s favour 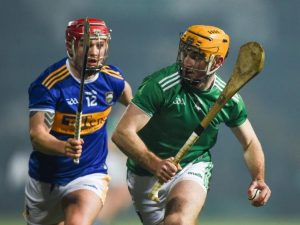 Shadowboxing. That’s what there appeared to be an element of, or more than an element of, in the last encounter between these two sides. Now obviously there was always a remote possibility that Limerick would find themselves out of the championship after that game but essentially, it was a meaningless one. In order for the champions to have been eliminated, they would have had to have lost to Tipperary by around 50 points. Any wonder then that it didn’t really have full championship intensity?

Now, Limerick’s form hasn’t exactly pulled up any trees so far. Throughout the league, everyone was raving about the strength in depth they had. Yet at this stage their performances haven’t really backed that thesis up. The defeat against Cork was the shot in the arm against complacency that was probably due to them after coasting through the league, and they responded well in their following two games. Was there a sense that they wanted to lose in Thurles in order to dampen expectation down for this game? Well, conspiracy theorists could have a field day, but losing can be a dangerous habit to get into.

It has worked out well for them though that they’ve been granted home venue for this fixture. Shane Stapleton made a very pertinent point on Off the Ball this week about how the top side in Munster should be granted home venue for the provincial final. Now maybe he had his Tipp hat firmly on when he said that, but there has to be some merit to it. Limerick won the last meeting between these sides at the Gaelic grounds last year, and the league meeting this one, so it certainly gives them an edge.

Tipperary’s form is their edge. Then again, one cannot underestimate the loss of Patrick “Bonner” Maher to the line up. It seems unusual, considering the amount of natural scorers they have, that perhaps their most important forward is one who isn’t. He’s not the most graceful hurler that’s ever played the game, but he’s one of the most effective and consistent. Cathal Barrett is a similarly big loss and who Tipp will use to mark Aaron Gillane will be a question on everyone’s lips.

Considering the respective formlines thus far, you’d expect Tipperary to edge it, but given home advantage and the need to make a statement, it may just be the Treaty men who take the spoils.