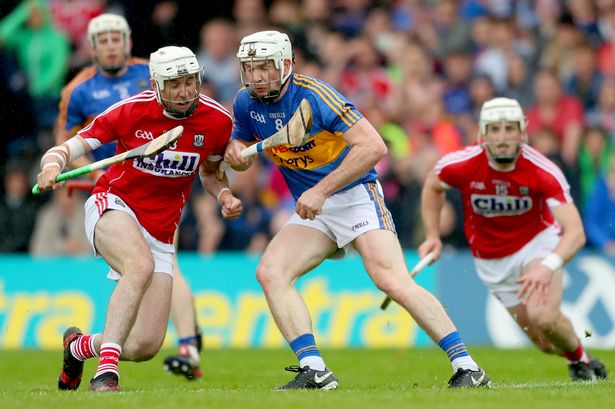 16 years. That’s a hell of a long time for a Munster Championship match not to be played in one venue. The last time Waterford did manage to have a home game in their provincial competition they were up against a side (Kerry) who’ve been in the Christy Ring Cup, Joe McDonagh Cup and Leinster championship since. That’s how long it’s been since Waterford have had a home game.

Does home advantage matter though? Well if you were to go by last year’s Munster championship, then yes, it matters a lot. Of the 10 games from then, 5 were won by the home side, three were drawn, and the other 2 were away victories. Of those 2 away victories, one was by a Cork side against a Waterford team that had already been eliminated (and of course, weren’t really playing at home at all). The other was a Clare side who just managed to defeat a dispirited Tipperary in Semple Stadium thanks to a Jake Morris miss and a late rally. So while away victories in Munster may be wonderful, they are quite rare too.

So playing at home is a boon to Waterford, while playing away is not necessarily something Clare supporters will be thrilled about. Sure, they had that win last year in Thurles, but in the most recent league every time they ventured away from their home comforts they were invariably found wanting against Tipperary (by a large margin) Cork (by a close one) and most pertinently, against Waterford too. Now granted, that league quarter final does not automatically translate into championship success, remember it’s only a year since Clare hammered the Deise by 9 points in the championship, but still a 14 point difference in such a fixture would have to been some sort of cause for concern.

That Waterford were hard done by not to have any home games in last season’s championship is undeniable, but that they underperformed is unquestionable too. This season’s league with big wins over Galway (twice) and Clare, went someway to re-addressing the balance, but that final performance against Limerick will have set them back somewhat. You look at the Waterford team that’s going to take the field tomorrow and it’s almost like night and day compared to last year. In the corresponding fixture then, they had Kevin Moran sent off and lost Tadhg De Burca, Barry Coughlan and Darragh Fives to injury. So if they manage to keep their full complement of players on the pitch this time, then anything is possible.

In one sense this is a game between a side who were only a puck away from an All-Ireland final last year (Clare) and one who didn’t win a match at all (Waterford). On the other hand, you’d have to say that season was more an aberration for the Deise than anything else. Waterford have been in an All-Ireland final more recently than Clare, they’ve been in 3 All-Ireland semi-finals in the last 4 years. It being the Munster, championship there are no guarantees, but whatever about what happens from here on for the rest of the summer, Waterford need to win this one. 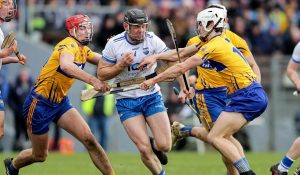 It’s nearly three years since Tipperary last produced a championship performance they could be proud about. That day (the All-Ireland final of 2016) was the high point of the Michael Ryan era, but looking at the line up his two predecessors (Liam Sheedy and Eamon O’Shea) have selected for tomorrow’s game, you’d be hard pressed to notice anything has changed. In fact 11 of the starting line-up for tomorrow’s game were starters in that 2016 final. Only Brian Hogan, Niall O’Meara, Jason Forde and Sean O’Brien didn’t start in that game, and Forde and O’Meara were the first choice subs.

Now obviously, there’s two ways of looking at that. On one hand, this is a Tipperary side brim-full of experience and quality. On the other hand, well, maybe they’re just a few years past their best. Certainly you’d usually expect a side to have a greater turnover than just 4 players in a 3 year period, especially considering it’s not necessarily a side who’ve produced a lot since then. So have Tipperary’s players been rewarded for underperforming? Or is there simply not enough new blood out there to take their place?

I mean, there was the expectation that with a new manager in tow, Tipp would come out all guns blazing in the National Hurling League. As it turned out that didn’t really come to pass, and in fact some of their performances (Limerick away for example) were distinctly underwhelming. The one exception of course was that outing against Cork when a league quarter-final spot was on the line.

It seems pointless looking at league form as any barometer of championship success for Cork, as they were similarly abject in springtime for the last couple of years, but it didn’t affect their championship form. On saying that, the rebels are well capable of putting in a display when they want to, and lest we forget, were the only team who actually manage to beat Limerick during the league.

If Tipperary’s starting selection is somewhat settled, for whatever unfathomable reason, Cork’s one has been more flexible. But crucially, the important players for Cork seem to be either coming into their prime, or right at it, whereas Tipp’s might have traversed a bit too far over the other side of it. So while a reaction from the Premier, is the least you’d expect, considering home advantage, Cork get the nod.

Hurling Championship Review: Antrim overcome Down in a convincing manner