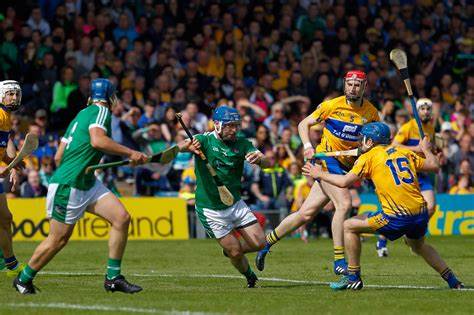 Who would have taught that at the start of the year we would find ourselves in these strange circumstances, now nine-months down the line there seems to be light at end of the tunnel and for all you beloved  GAA fans out there the long wait is almost finally over with the return of the inter-county season resuming next month.

It was announced last night (Tuesday, September 22nd), “the Munster GAA CCC confirmed the fixture details for the remainder of the 2020 Munster GAA Inter-County Championship.” The schedule will show that counties will be playing in both codes on the same day -but at different venues.

The Munster Hurling Championship will kick off when old rivals Limerick and Clare will come face to face on Sunday, October 25th in the quarter-final with the winners playing Tipperary in the semi-final the following week.  Limerick match with Clare will also double up as the league final.

Waterford’s hurlers and footballers will be both in action on Saturday, October 31st. The hurlers will be facing Cork in the semi-final at Thurles with a 3:30 pm start, later that evening the footballers will welcome Limerick to Fraher Field in the quarter-final.

The premier county will kick off their championship campaign on Sunday, November 1st with the footballers welcoming Clare to Semple Stadium in the quarter-final, on the very same day last years Munster finalist and All-Ireland Champions will begin their defense of the Liam McCarthy cup when they face either Clare or Limerick in the Munster semi-final at 4:00 pm venue will be the LIT Gaelic Grounds or Pairc Ui Chaoimh.

This year championship will revert back to its old format with the back door been re-introduced in the hurling, while for the football the decibel levels have gone up a notch with it been straight knock-out meaning that the winning team on the day will move forward to the next stage of the championship, while for the losing team their championship journey will have come to an end.

In terms of venues for this year’s championship, it was agreed that Home and Away arrangements would continue for Senior Football, Under 20 Hurling, and Minor Football. However, as Senior and Minor Hurling have been organized on a round-robin basis for the past two seasons, the Home and Away arrangements would be disrupted so those two competitions will be played at neutral venues for 2020.

All fixture details are subject to change in line with Covid-19 related developments in advance of each fixture.

Curran believes GAA need to do something to stop the lure...