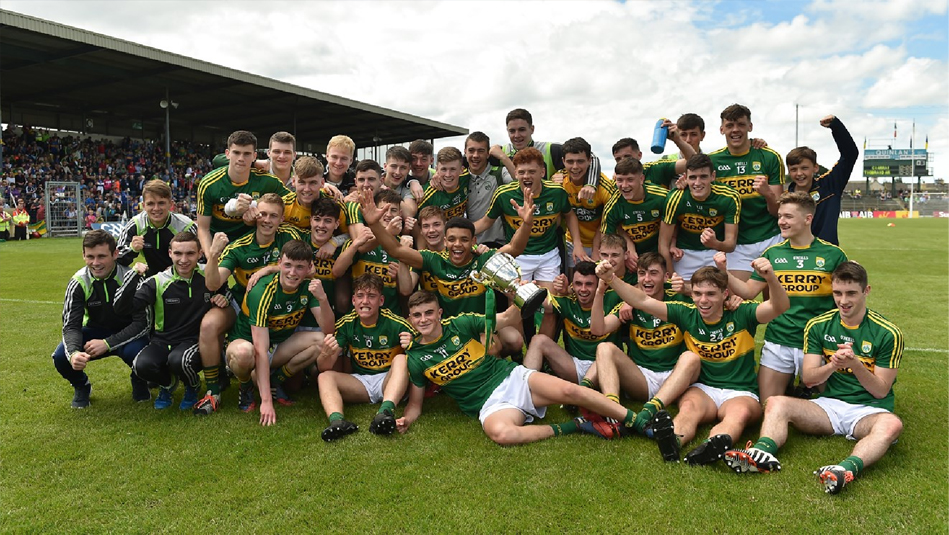 Kerry dominated the closing stages to claim a fourth Electric Ireland MFC title in a row at Cork’s expense in Killarney on Sunday.

David Clifford produced another marvellous attacking display as Kerry saw off Cork in a thrilling Electric Ireland Munster minor football final in Killarney this afternoon. Clifford was the star of the show when helping St Brendan’s win April’s Hogan Cup final in Croke Park when he shot 2-5 to give them their first All Ireland since 1992.

When Mark Buckley scored his second goal for Cork in the 47th minute, it put the visitors 3-7 to 2-9 ahead, giving them the lead for the first time in the game, having trailed by 2-3 to 0-2 early in the first half. The Rebels would only score one more point, however, with Kerry going into overdrive.

Man of the match David Clifford conjured an instant response when he found the net after a well worked free and he would get two more points, as would wing-back Micheál Foley, with captain Seán O’Shea also on target as they ran out six-point winners.

It seemed early on in the game that Kerry would be runaway winners, dominating the game. Corner forward Clifford was the focal point of their attack, as Bryan Sweeney and captain Seán O’Shea got early goals with Dara Moynihan coming very close to scoring also.

Cork were struggling but the free-taking of Damien Gore kept them within touching distance and Buckley’s goal just before the interval left them down by just 4 at half-time, 2-7 to 1-6. The visitors started the brighter of the two teams after half time with  the sides level as Colm O’Callaghan’s deflected goal was followed by a Buckley point.

A brace of Clifford points nosed Kerry ahead again but Buckley’s goal looked to have set up a blockbuster finish to the game. Instead, Kerry dominated the rest of the encounter. Both sides advance to the All-Ireland quarter-finals, with Kerry meeting the Ulster runners-up and Cork clashing with that province’s champions.

THE TOP 10 INDIVIDUAL PERFORMANCES IN All-IRELAND FOOTBALL FINALS IN THE...