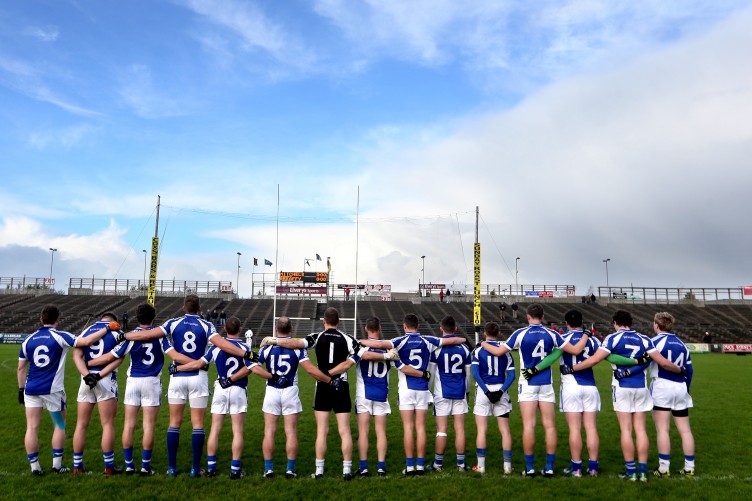 WHY THE NATIONAL ANTHEM SHOULD STAY

Recently the GAA president Aoghan O Fearghail made some comments on the possibility of the national anthem being removed from the pre-game ceremonies in the GAA. Speaking to reporters in Dubai as part of the GAA/GPA Football All Stars tour a few weeks ago, the president admitted that while the flag and anthem were important symbols in our games, that doesn’t necessarily mean they will continue to be used indefinitely.

“You certainly can’t look at these issues in advance agreement, that’s for sure. The flag and anthem means a lot to the GAA and will continue to do so… But in the future if there are new agreements and new arrangements we’d be open-minded about things like flags and anthems but not in advance of agreements.”

The topic was only broached because of the possible changes in the political landscape due to Brexit but when these comments were made a few weeks ago, it’s safe to say the reaction was somewhere between lukewarm and downright hostile. Joe Brolly, for one, wasn’t massively impressed by the idea. In his Irish independent column he hammered O’Fearghail as “an entirely bland president….who has never offended anybody” The basic tone of the piece was predictable “What would the brothers of 1916 think about this?” and all that jazz. But does O’Fearghail have a point?

Well I guess you have to consider the heightened political world we are in order to respond to that. Political correctness has gone so far up its own interior that it’s spawned a whole alt-right/neo-nazi movement on the other side. In Ireland at least, people are still very careful not to tread on any toes. So what do we care? Sport and politics don’t mix right? Except for the GAA at least, it always has.

There’s probably never been a sporting organization with a more political bent in history than the GAA. When the organization was set up initially it was done with the notion of preserving Irish identity and Irish culture. That’s why the Irish language still plays such a fundamental part of the organization. That’s why the stands in Croke Park are named after people who died in the War of Independence, and the cups, and god knows how many other clubs. Basically, the GAA is a nationalist organization and, until recently, it has made no apologies for being so.

Now obviously, there’s a place for sensitivity within society and the GAA in general. I’ve never been a fan of “Ireland’s Call”, but considering the fraught history of Northern Ireland, it’s understandable why it made sense for Ulster Rugby players to have a different anthem written. But as regards traditions within the game, the playing of the national anthem must stay.

Now don’t get me wrong here. I’m not some nationalist, fundamentalist, conservative bashing any sort of change within the GAA. But we have to make sure not to just alter things for changes sake. When we talk about change there has to be a distinction between good change and bad change. For example, Good change: Amending the GAA calendar so that there is a defined inter-county and club season. Bad Change: Bringing in some unmemorable dance tune instead of the Sunday game theme.

The fact of the matter is that GAA is our “national” game. If it was an international game, things would be different. Picture the scene 50 years from now. The Sky Deal has gone unspeakably well for the GAA. It has now reached a point where Gaelic games have a global reach and are viewed by people across the globe. Libya have now set up a Gaelic football team and are competing against Kerry in the first round of the Championship. Now I think, in those circumstances maybe we’d have to assess whether playing just the Irish national anthem was a good idea. You’d probably have to play the Libyan national anthem too, just for means of fairness. But that’s very much a case of “cross that bridge when we come to it”

Of course Ireland is not the only country to play the anthem before their own sports. In the United States the singing of the anthem is present at every sporting event. Likewise it is played at the FA cup final in England and before the AFL final in Australia. Funnily enough, they didn’t decide to ban it when Tadhg Kennelly was there, or force the non English players (of which there are many) to sing it just because of diversity.

I don’t know about you, but for me, there’s something stirring about listening to the “Soldiers Song” pre-game. It’s not necessarily to do with the lyrics of the song, as they’re horribly out of date and reflect a time when Ireland was at war. Also, given the fact that they’re in a language most people don’t understand, you could say the lyrics have no significance anyway. It’s not really to do with the tune either, which is pleasant enough, but could hardly be deemed the greatest national anthem ever written. It’s more the hair standing up on the back of neck realization when you’re in a packed Croke Park, hear those notes and think “Jesus, There’s a game on here now, boy”

Whatever about everyone else, I don’t want to lose that. You can try and change identity as much as you want, and often it’s for the better. I could name twenty or so amendments the GAA could make to improve the quality of their games and the organisation in general. On this point though there is merit in the tradition.

If The GAA Wants To Promote Hurling, Why Is The Joe...