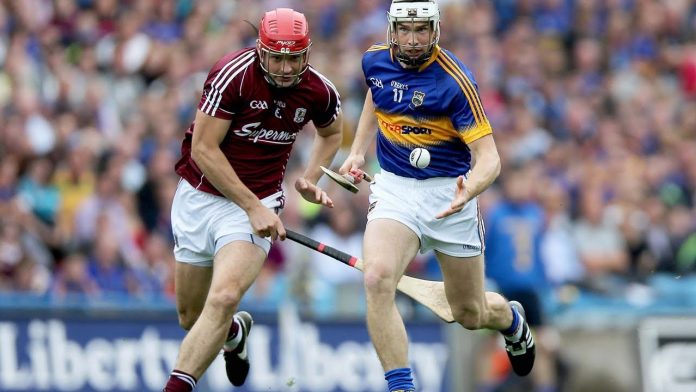 Ok. They’re on it. We were a little bit worried about them for a while. We were all a little concerned after New York and the social media fiasco. We were all wondering if that first half in Thurles was a symptom of things to come. It crossed our mind that the house was beginning to cave in on the John Kiely era, but the last 105 minutes have allayed all those fears. Limerick are back. Let’s have no doubt about that. They are, what Brian Cody might call, a “serious” team. Of course, he says that about every team, but when he’s talking about Limerick, he’s actually being, well, you know…. serious.

And we’re all the better for that aren’t we? I mean, just say you were a Clare fan. Wouldn’t you rather have a Loughnane esque era of extreme competiveness and success, rather than the “one swallow in a summer” nature of the triumph of 2013? Why should it be any different for their neighbours? Limerick have the players, the manager, the financial backing and a ravenous crowd hungry for success for a sustained period of time. And those fans are properly ravenous aren’t they? Just compare the atmosphere at the first two Limerick games to the library vibe that took place in Pairc Ui Chaoimh for the Tipperary fixture a couple of weeks ago. Now maybe come summer, Cork followers will get their mojo back. But for now at least, Limerick, and their supporters, have got it going on.

All of that makes you mildly scared for whoever comes up next against them. To be fair to Waterford this doesn’t seem like the summer 2019 version that the treaty so easily brushed past last year. They have done all that could have been asked of them so far, and while their defence has been undoubtedly porous at times, they have more than enough firepower, with Stephen Bennett in prime form, to trouble their opponents. Troubling Limerick is one thing though. Beating them is quite another. 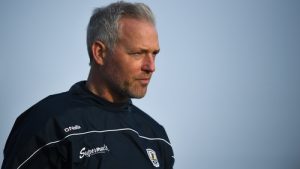 Hmmmm. Yeah, that wasn’t that good was it?  That was a little troubling all round. Now granted, if you’re a Galway fan, there were mitigating circumstances. Going to the Gaelic Grounds with a relatively half strength side was always going to be tough assignment. The game was played at a near championship intensity, and there was a lot of experimentation in the line up, yet even in the first half the side just seemed to be hanging in. Add in Joe Canning’s injury and it was a bad day at the office all round.

Now there’s still plenty of time left for Diarmuid Kilcommins, Sean Loftus, Brian Concannon and the like to blend in, but their extended panel are not there yet and, unlike Bus Eireann, we’re not sure if they’re getting there either. So they need David Burke back, or to be more precise, they need prime David Burke back. They need Daithi Burke. They need Joseph Cooney and Johnny Glynn and whoever else can come in because, let’s make no bones about it, the Galway side that played in the Gaelic Grounds two weeks ago will not win an All-Ireland.

On paper at least, Tipp are in an even worse spot than their rivals. It looks bad, of course, two defeats from two, but then you realize they had an All-Ireland to celebrate over the winter and they still have some of their most important players to welcome back into the fold. In that sense, while 2 defeats out of 2 is irritating, it isn’t necessarily alarming. They’ve had a two week break for this one and with the likely return of Brendan Maher, Dan McCormack and more prominent roles for Seamus Callanan and John O’Dwyer there’s no great cause for concern. If Shane O’Neill doesn’t win this one though, it may be somewhat different.

It doesn’t get any easier. Certainly if your name is Shane O’Brien or one of the Westmeath senior hurling team, there’s reason to believe that. So fresh from facing the 2 finalists from the 2017 All-Ireland final, comes one of the highest scoring teams in the country, who put up 1-40 against them last summer. Great. Bring it on.

In fairness to Westmeath, they haven’t come anywhere close to winning either of their games, but they haven’t been completely annihilated either. At the start of the year, I’m sure they would have been targeting a potential relegation play off as perhaps their most winnable game for the next few months. So whatever spirit they showed in that second half against Waterford needs to be harnessed and doubled this Sunday and from now on. That will give them the impetus for the more realistic battles that lie ahead.

Now, as has been mentioned here before, Cork don’t really “do” leagues but they still would have been pretty chuffed to get that win over the old enemy a few weeks ago. With the likes of Patrick Horgan, Shane Kingston and Alan Cadogan, this is a side who are never going to be short of scores.  Wouldn’t you just love though to have a Diarmuid O’Sullivan or a John Gardiner to add that bit of divilment that seems to be missing from them? I mean, if you were a rebel, like?

Last year Cork had 23 points to spare over their midland opponents in the corresponding championship fixture. Wintry conditions may lesson the blow of such a heavy beating but there’s no great reason to believe the gap has narrowed massively in the interim. 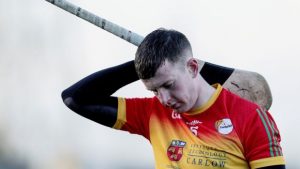 Crisis? What crisis? Yeah sure, their previous games in both league and championship had resulted in embarrassing defeats. Yes, they had serious questions to ask about their spirit and puck out strategy but now Dublin are back….kind of. The Laois game was a vital win to show that they are, more or less, on the right track, but they still need a back up win on Saturday to ensure that. So whatever complacency may have crept into the dressing room, after the final whistle 2 weeks ago, needs to be nipped in the bud….bud.

The worry is that the new “crisis” team in the division are their opponents this Saturday. Ok, nobody expected them to beat Clare. Fair enough, the loss of Michael Malone early on extinguished any hope against Kilkenny, but to what extent are these heavy defeats sapping the most precious commodity a struggling them has:their self belief? A few of these Carlow players will know what it’s like to beat Dublin sides. Didn’t they do it for St Mullins against Cuala only a few months ago? It seems too much to expect them to repeat the trick on Saturday. They definitely need a performance though.

There are sweet wins and then there are sweet wins. Considering the fact they were away from home, against formidable opponents and lest we forget, the personal enmity between the two, that win against Davy Fitzgerald’s Wexford two weeks ago could have been potentially fatal for Brian Lohan if he were a diabetic. It was the exact kind of victory they’ve been missing for the last few years, and the precise type the Clare county board would have hoped a steely operator like Lohan would have been able to grant them. A gritty low scoring grind of a game where they were down to 14 men, with only a few flourishes from Tony Kelly to really distinguish it. But that’s what was beautiful about it. We know Clare don’t need any more hurlers, but they do need battlers. And they won that particular battle in Wexford.

Ever since Eddie Brennan came in there’s been plenty of battle in the Laois ranks. It’s one of the first things he instilled in them and more power to him for that. Unfortunately for him, he was working off an extremely low base. Now he’s performed near miracles so far but he needs a few years at the helm and full buy in from ALL the potential players in the county to really make a fist of this job. The Dublin defeat was a blow. There’s no point denying it, but it wasn’t necessarily a fatal one. Right now, they just don’t seem to have the weapons to be capable of defeating Clare away. A respectable defeat seems the most plausible option. They’re on the right track but they need to make sure they don’t stop believing on the journey. 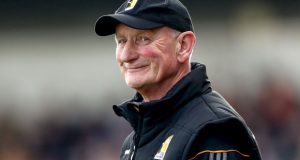 Well that was a bit disappointing. Nevermind the fact that it’s only the league. Nevermind the absence of Diarmuid O’Keeffe, Matthew O’Hanlon and Lee Chin, Davy will not have wanted to lose that game against his home county, and Brian Lohan in particular, 2 weeks ago. They were at home, and against 14 men for a long period of the game. I wouldn’t want to have been in that dressing room for the last fortnight. Actually, given what we’ve seen of those situations, I don’t know if I’d want to be in Davy Fitzgerald’s dressing room at any stage. Except if I could record it on a phone for my amusement later.

On the other side of the border all seems rosy in Brian Cody’s garden. As regards scoring aggregate, they’ve been the form outfit of the league so far and have done it without some of their best players. There’s just one problem though: Kilkenny don’t like playing this Wexford side. Ever since Davy Fitzgerald came in, they’ve only had a 33% success rate against them in all competitions. Whether it be their discomfort with playing the sweeper system, or the intense physicality of the likes of Matthew O’Hanlon ,Kilkenny have never really figured this Wexford side out.

Now I don’t think, for this fixture, any of that will trouble Cody unduly. He’s got his wins on the board, he’s almost certainly going to reach the play offs, he doesn’t need to win this one. No, what he needs to know is if the likes of Ciaran Wallace, Michael Cody, Niall Brassil et al, can really withstand the rigours of full tilt inter-county hurling. So what better way to find out than to throw them in against the lions in Wexford Park and see how they get on? It’s going to be an intriguing battle no matter what. Wexford’s need seems greater though.